How Ukrainians are using social media to fight Russian disinformation 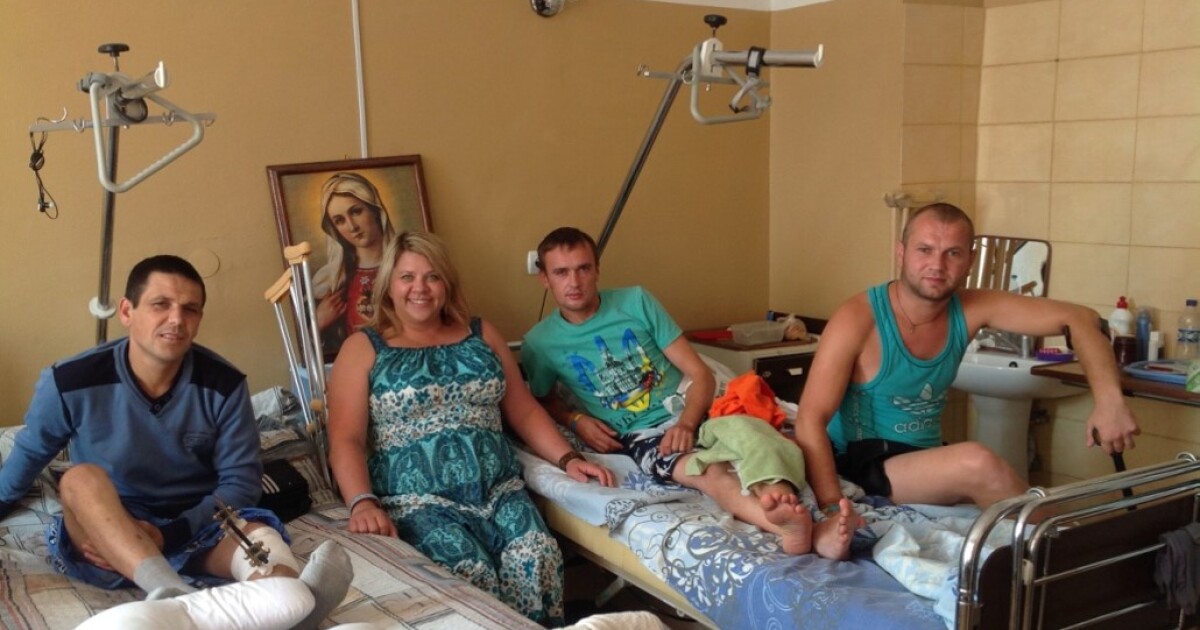 Ukrainians have learned the hard way not to trust online information from Russian sources. Lara Zwarun, associate professor of communications at the University of Missouri-St. Louis, described the nation’s tactics in Ukraine as “a bit like international catfishing” – with state-sanctioned fake news aimed at creating an alternate reality.

So what keeps Ukrainians from falling into the trap of Russian propaganda? Zwarun explained on Monday Saint Louis live that the nation has a healthy skepticism for all media.

She described interviewing soldiers in 2015 who had been on the front lines of the conflict with Russia. “And they told me that 100% of Russian media is lies and 80% of Ukrainian media is lies,” Zwarun explained. “They are very skeptical.”

The daughter of a Ukrainian refugee herself, Zwarun studies how Ukrainians are using social media to counter Russian misinformation. She sees the conflict in Ukraine today as an example of hybrid warfare: “What’s happening is happening on the streets, but it’s also happening via social media and communication between ordinary people.”

When Zwarun did his research in 2015, the nation had just overthrown a pro-Russian president in the Maidan revolution. She found that many Ukrainians were galvanized by this movement. They have become better organized not only in a military sense, but also with their online messaging.

“Mobilization and organizing definitely came out of this movement,” she said, “and seeing that they could stand up to a much bigger enemy and fight for what was truly right.”

She cited an organization called stop the fakelaunched by a group of students in Kiev to demystify Russian disinformation.

“I was completely blown away that they started this grassroots effort and got to this,” she said.

Ukrainians have also improved in proactively crafting their own message, Zwarun added. In one case, Westerners are encouraged to send money to Ukraine by booking Airbnb rooms there that they do not intend to use.

Another example is the website 200rf.com. Ukraine publishes photos and videos of captured Russian soldiers there. Numerous videos show Russian soldiers being fed and allowed to call their mothers home in Russia.

The target audience of the website is Russian families. “So that, if they can access it, they can search online for clues to see if their loved one, their son, is one of the people [killed or captured]said Zwarun. “It’s a bit dark, but I think it also makes a very powerful and unmistakable message. The people in Russia who are most likely to realize that they are being scammed by their media are parents.

She added: “Many of them had sons in the army [and] felt like they were doing training exercises. [They] it was only said at the very last minute where they were going – the soldiers themselves were not even informed. It is a highly motivated population.

Russia continues to bomb Ukrainian cities, leaving deadly carnage across much of the country. “As fun as getting your response from the Airbnb host or joking about the Russian warship [telling Russia to buzz off]she said, “there are people dying – and more and more civilians”.

But she is proud of how her ancestral homeland is handling the nightmarish situation.

“I can’t believe how important and well known the Ukrainian flag, the Ukrainian effort, everything is. People are aware of it now like never before,” she said. Everyone internationally was amazed by the tenacity, spirit and unification of Ukrainians during this effort.”

She sees a powerful lesson for anyone watching the conflict from the United States, where important issues are so fractured along political lines. “Ukrainians are showing that you can put everything on hold and unite against a common enemy.”

“Saint Louis live” tells you the stories of Saint-Louis and the people who live, work and create in our region. The show is hosted by Sarah Fenské and produced by Emily Woodbury, Kayla DrakeDanny Wicentowski and Alex Heuer. Jane Mather-Glass is our production assistant. The sound engineer is Aaron Dorr.