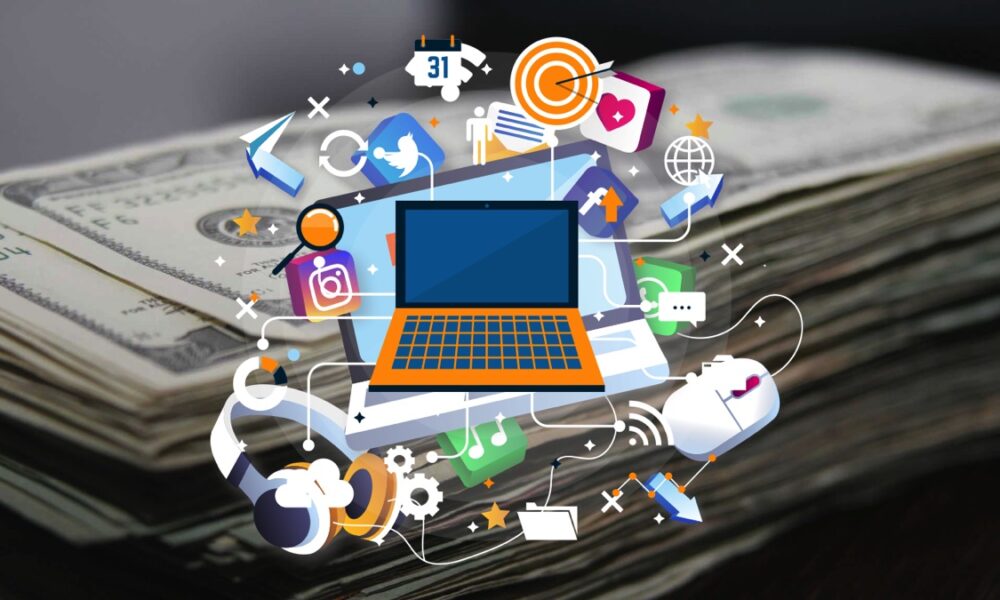 Nothing says a little local yokel content quite like a segment that takes something a nationally prominent media personality said that was critical of a local athlete, removing that comment from any context, then defending the honor of your metropolis by pointing out just how unfair this man was to the local hero.

It’s called pandering, and at one time or another we’ve all done it. That’s not to say it’s good practice, but because there’s absolutely no validity in the heat it may end up generating. Proof of this is Draymond Green’s dire opinion of Bill Simmons’ vote for the NBA’s postseason awards, which he posted on Instagram on Wednesday. To understand why Green’s opinion is terrible, however, we have to go back to when it all started, which was two weeks ago:

This piecewritten by Matt Young of Houston Chronicle, is a classic example of pimping. He begins to vouch for Jalen Green’s credentials, stating he was the No. 2 scorer among all NBA rookies and listing a solid finish.

Young is setting up a situation in which Houston’s rookie forward could be eliminated for league all-star because “the voters fell in love” with Pelicans forward Herb Jones.

He then casts the villain as Bill Simmons from The Ringer, who during a rookie squad debate, said “Forget Jalen Green”, mispronouncing the word forget, “I don’t care if you score 40 points and your team 19-60 Congratulations Herb Jones is like guarding guys in real games.

Young transcribed the quote, presented it as a smoking gun, and published the story as “‘F—k Jalen Green’: The Ringer’s Bill Simmons, who votes on NBA awards, blasts Rockets rookie “.

Anyone who has actually listened to the segment will agree that the story written by Young is patently ridiculous. Simmons is clearly joking throughout the segment. If you thought Simmons was talking mean-spirited or personal about Green, you either didn’t hear the words as he said them or you don’t have the ability to honestly describe a conversation in print.

It was a sporting dispute. Simmons was expressing his opinion that a guy who racks up points for a terrible team shouldn’t be recognized in front of someone who actually plays an important role for a good team just because of his totals.

Is Simmons right? I don’t know, but it’s a very valid point and to call it a personal vendetta is ridiculous. Well, that’s ridiculous unless you take the lay reference to Green at face value, which you can do when transcribing a quote.

As a bonus, it’ll get you some attention, and although you might know deep in your heart that Simmons didn’t mean it that way. You can take comfort in the fact that the quote is accurate while wondering if it’s really appropriate that this prominent media personality – who VOTES for the awards by the way – profanely dismisses even the idea of ​​the nomination for Green.

What absolute bullshit, and maybe I shouldn’t single out Young because everyone on local radio does that to some degree. It’s red meat for the base, right? It’s an easy sell.

Except, in this case, it was just empty calories. Completely artificial. Young held firm, however. Here’s a Tweet from the next day.

Does that mean Young thinks Simmons shouldn’t be allowed to vote because he used profanity on a podcast? Because it looks really silly. I can’t imagine wanting the NBA to have jurisdiction to discipline people who vote for the awards.

Does Young think Simmons shouldn’t vote for the awards to begin with? Because that’s a whole different conversation, and as someone who for a number of years had one of the 50 votes that The Associated Press used to determine end-of-season awards in the NFL, I’ll be the first to say that may not be the best way to decide things. However, I think it’s better to have someone who actually watches the league, which Simmons does, and actively debate the candidates in public than to let some of the old fools who inhabit the media ecosystem make their decisions in private without never interact with anyone outside of their big-league outpost.

But mostly what I hate is that Young’s misleading characterization of Simmons’ comments about Green got some traction to the point that people actually started talking about it, and when they did Young dutifully pointed it out. Young did the same with Draymond Green’s Instagram story on Wednesday.

Now let me be very clear: there are many very valid reasons to oppose Simmons and his role in the media. What he said about Green, however, isn’t one of them, unless you’re a prude and think the F-word has no place in good company at any time.

Simmons held an opinion, and while you may not agree with it, he had a legitimate rationale which he explained. If you thought the way he explained it revealed an underlying bias against Green, I think you lack the nuance to do anything but transcribe conversations verbatim and should become a court reporter. It is not a blow to the stenographers. It’s important work, and it’s not easy. It’s just not journalism.

As for Draymond Green wondering why Simmons, at 52, is voting for awards and could potentially affect Jalen Green’s earning potential? Well, it looks like Draymond Green doesn’t want anyone talking about basketball in public unless he thinks he’s qualified to do so. And while Green has yet to be established as the supreme authority on all NBA discourse in this country, if he were to achieve that position, my first suggestion would be to ban stories like the one Young wrote. , flattering a local audience at the expense of an accurate depiction of the discussion itself.