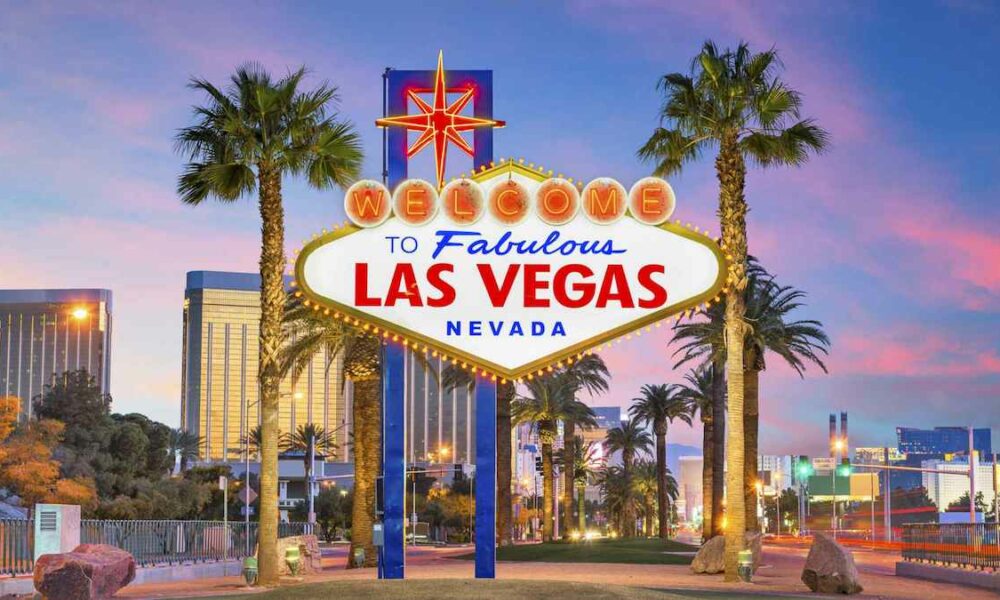 One of the things on my to-do list is to attend the first round of March Madness at a Las Vegas sportsbook. The excitement of multiple games happening at the same time, seeing both buzzers and insignificant late baskets causing massive changes in the fortunes of hundreds of crazed sports bettors at the same time, is an experience of many in college basketball. fans describe as simply “not to be missed”.

While it has long been a tradition for sports fans to venture into the wilderness to place their bets and enjoy the action, the city’s longstanding status as the capital of the American sports betting landscape is rightly questioned. following Murphy vs. National Collegiate Athletic Association in 2018, in which the Supreme Court ruled in favor of New Jersey and then-Governor Chris Christie arguing that the federal government could not ban state-sponsored sports betting, nearly three-quarters of State legislatures have legalized betting on sporting events in one form or another.

Prior to 2018, legal sports betting could only be enjoyed in Las Vegas or Delaware, but there you were limited to parlay betting. Now, the decision has opened the door for various betting operators to expand their customer base and aggressively pursue new customers. Turn on any sporting event, whether on TV or radio, and you’ll be bombarded with ads for DraftKings, FanDuel, and other sportsbooks promoting “odds boosts” and “sign-up bonuses.” for choosing their brand.

Depending on the state, mobile or online betting may be your only method of placing bets on sporting events. However, New Jersey has changed its laws to allow on-site gambling, strengthen their casino hospitality, and allow online betting. In May 2019, the state saw $318.9 million wagered on sporting events, which is $1.5 million more than what was wagered in Nevada that month. The data indicated that New Jersey posed a significant threat to Las Vegas’ monopoly on the industry, as residents of New York and Philadelphia flocked to the state to place their bets online and in Atlantic City.

In the first 12 months after a law was passed legalizing sports betting in the state, more than $2.9 billion in bets were placed. In its 2020 annual report, the New Jersey Gaming Department said $6 billion was wagered on sports, compared to just $5.4 billion in Nevada over the same period.

At the height of pandemic shutdowns in America, fans bet nearly $1 billion in New Jersey in December alone. However, while the cash has clearly helped the fortunes of casinos which have seen sparse crowds outside the summer months, four-fifths of the cash has been wagered online or through mobile apps, residents of other states crossing the border and placing their bets before returning home. .

While New Jersey has clearly made progress in removing some of the cache from Las Vegas, it’s hard to argue that it has become the new place for sports betting. Aside from visitors who did little more than come there to place bets before leaving, much of the betting in the state was made on basketball and baseball. The action on college football and the NFL was far behind the amounts bet in Vegas.

The question remains, is Sin City losing its monopoly on live sports betting? To their credit, Las Vegas book operators haven’t ignored the scenery or the numbers. Instead, they acted on multiple fronts. First, several casinos jumped on the wave of online betting, with MGM and Caesars both launching aggressive marketing campaigns to promote their books online. They also have lucrative deals with the NFL, NHL, NBA, and MLS to partner with those leagues and their teams to promote their brands and, therefore, their properties in Vegas.

Additionally, there are two additional seismic shifts that could alter the US sports betting landscape and directly impact the stature of Vegas. The first is the legalization of sports betting in New York State, which in January of this year saw over 1.2 million sports betting accounts activated in the first ten days. In the first two weekends of action, the books of DraftKings, FanDuel, Caesars and MGM registered more than 35.1 million bets, nearly nine million more than New Jersey in the same period. .

While less than ten percent of those bets were placed by people who said they had previously bet in New Jersey, this indicates that New York’s 20 million people were more than happy to partake in sports betting. and keep those dollars in the state. With physical sports betting only a few years away, it remains to be seen how many of these people will no longer travel to Atlantic City or Las Vegas to be able to place their bets in person. That said, the biggest challenge for New York to leapfrog Las Vegas — or even New Jersey — is the staggering 51% tax rate levied on operators in the state, more than triple what those same companies pay in the Garden State.

The biggest threat to Las Vegas’ position is California, where residents will head to the polls in November to vote on legalizing sports betting on Native American lands in the state, as well as “offering sports betting online or mobile”. This would have a significant impact on Las Vegas’ bottom line, with a 2019 Las Vegas Convention and Visitors Authority report indicating that 18% of their visitors in 2018 were California residents. Given the large number of professional teams within the Golden State, passing the legislation could see millions of dollars and thousands of visitors siphoned off each year.

Even before the pandemic changed the landscape of American life, the city was looking to anchor itself in the new world sports betting order. Plans to stage the 2020 NFL Draft in front of the famed Bellagio fountains ultimately had to be put on hold, but this month that effort will come to fruition. Additionally, Vegas sportsbook partnerships through their professional teams allow them to dominate the professional leagues in a way that was previously avoided. For example, MGM has direct access to the WNBA by hosting the Las Vegas Aces franchise at the Mandalay Bay Michelob ULTRA Arena.

In an interview last month with SportsPro, David Grolman, senior vice president of retail at Caesar, emphasized the importance of turning betting at sporting events into an experience rather than an activity. He said they had some of their biggest post-pandemic crowds during the Super Bowl and March Madness, with activities that “you can’t do anywhere else.” Grolman also told SportPro that Vegas needs to embrace new technology rather than see it as a threat.

“What we’re hoping for (digital) is to get people into our physical casinos to enjoy all that we have to offer,” he said, later adding, “It’s hard to find something more exciting in the world than sitting in a bookie during March Madness.

The shift to online gambling and threats from other states to legalize sports betting have also resulted in a significant shift in the way people set up their accounts. Previously, you could only open a betting account or deposit funds into your account in person in the state of Nevada. Now, new Nevada Gaming Commission regulations will take effect in June that will allow customers to create cashless betting accounts for games before arriving at a casino, a change that greatly improves the in-person betting experience. .

A Goldman Sachs report in March 2021 estimated that online gaming and sports betting could become a $40 billion industry by 2033. If the proliferation of television and radio advertisements is any indication, that figure could be realized. sooner rather than later. While the vast majority of this activity will continue to be conducted through online and mobile app betting, Las Vegas appears to continue to be the go-to place for in-person sports betting due to its density of casinos and ” unique experiences that few competitors can offer. The city’s ability to adapt to new technologies and react to potential threats in New York and California will be a key factor in determining how long this continues to be the case.