GZ Media: the Czech company is the world leader in the production of vinyl records 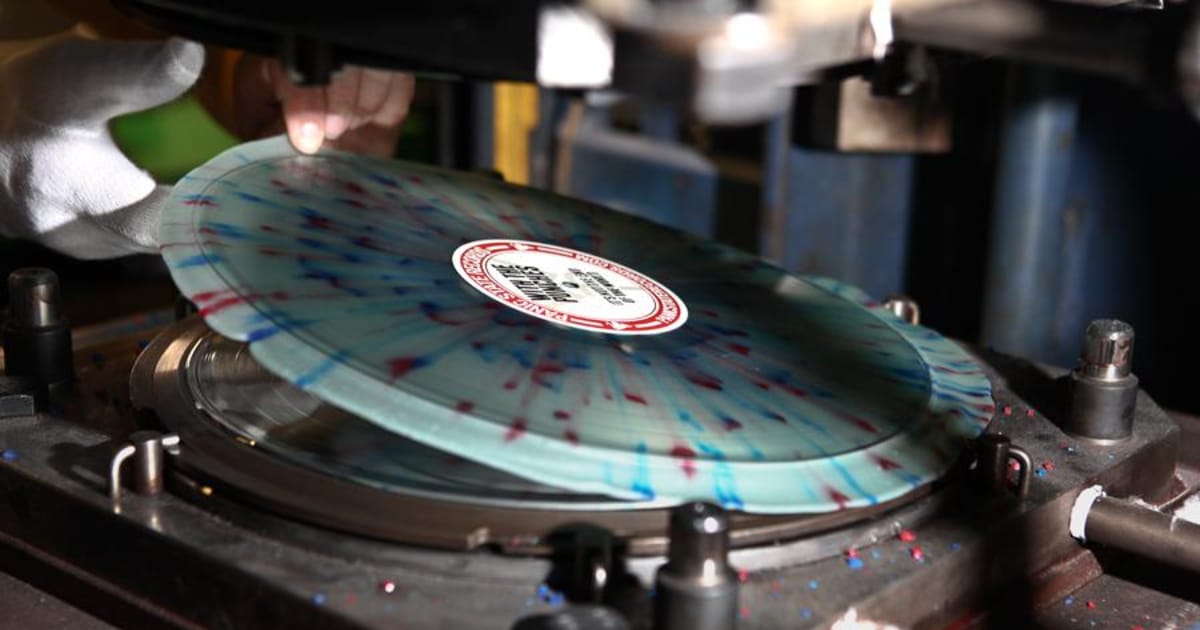 Are you one of the growing number of people buying music again on the once-dominant delivery format of vinyl records? If so, chances are that part of your collection was pressed here in the Czech Republic.

GZ Media, which is located in Loděnice, a small town near Prague, was founded in communist Czechoslovakia in the late 1940s.

However, instead of following the path of many state-owned enterprises of the state-controlled economy era, the company went from strength to strength – and is today the largest vinyl producer. of the planet.

Indeed, last year the firm pressed more than 55 million records, including rock greats such as The Rolling Stones and Black Sabbath.

At its flagship factory in Loděnice, one of eight it operates, CEO Michal Štěrba shows off one of the factory’s many vinyl presses.

“It’s an automatic press. We build and produce our own presses here. It is the primary means of production for making gramophone records. The one that’s in a hurry right now is by Marc Almond and it’s called Open All Night.

Štěrba says there were a number of record production operations in then-Czechoslovakia before the war, but that changed after 1948.

“The history of Loděnice goes back to the period after the communist takeover, when there was a consolidation of industry, which was also nationalized at that time. A decision was made to create a central location where the phonograph records were to be produced. Loděnice was chosen and the first record was pressed here in 1951.”

When the state-owned company was founded, it was given the unadorned name Gramofonové závody, or Gramophone Plant, representing the GZ in today’s moniker.

The plant itself has a rather fascinating history. It used to be a textile factory, but during the Nazi occupation of Bohemia and Moravia it was turned into a factory for manufacturing parts for the V1 and V2 rockets during World War II.

Going back to its most recent role, the company didn’t just make vinyl records.

Today, GZ Media also manufactures a whole range of other items, including cosmetics.

But his main activity remains the record, from which he earns tens of millions a year, struggling to meet demand.

In fact, many albums these days are only available on vinyl several months after their digital release because producers like GZ Media are unable to keep up with orders.

“We always knew we wanted to be the last player to make records, out of respect for the tradition of record production. And at the same time, production made economic sense, albeit small. To our surprise , a product that was mainly an object of nostalgia has become something that made economic sense. Sales are growing strongly and we are building the future of our business on this.

Indeed, vinyl records – while clearly infinitely less important to the music industry than now-dominant streaming – have made a comeback in recent years.

Štěrba says he’s not entirely sure why this happened, but then offers the following suggestion.

“I would say it’s similar to how, in today’s digital age, people still buy physical books. The connection with something physical… when I love music, I don’t just consume it through a digital platform. Instead, I want to have a product at home that I can display, read the liner notes on, watch, show friends. I can put it on my record player and it’s a whole new dimension of listening pleasure. It is irreplaceable.

And GZ Media does produce a lot of records, including the limited-edition picture discs and colorful vinyls beloved by hardcore collectors.

“We produced the fewest records in the mid-1990s, when our output for the whole year – about 300,000 – was similar to our output in just two days today. We are now pressing records around the clock and we make about 200,000 a day, so it’s something like eight or nine thousand an hour.

The Loděnice factory not only produces huge quantities of vinyl. It also manufactures, among other things, high-quality record covers.

“At the turn of the millennium, we, like everyone else, realized that the digital revolution was a very big thing. We saw major changes coming to the way music reached people. We didn’t really expect that. whether there’s a new physical format after the CD, or that records come back in such a big way. But because we wanted to survive, and it’s in our DNA to stay strong, we asked ourselves what we Our idea was to turn the company into one that also makes the wonderful sleeves that come with the records.

Today, GZ Media also has several factories overseas, including three in North America. They can be found in the Canadian city of Burlington, near Toronto, and in the traditional music cities of Memphis and Nashville in the United States.

In effect, Record pressing in Nashville, GZ Media’s latest international venture, only opened this year. The company also has a factory in France.

“The demand for vinyl records has been growing steadily for over 10 years now. I don’t know if it will grow another year or 10 years – maybe it won’t grow at all. In any case, it is already clear that it is not just a matter of fashion that will disappear overnight. There is a strong fanbase who love the format. We therefore firmly believe that interest in records will remain strong. That’s why we invest heavily in our brand.

GZ Media celebrated 70 years of vinyl production last year, most notably with the release of Gramofonka, a glossy book exploring the factory’s history that’s the size of a 12-inch record.

Not ready to rest on their laurels, the operators of GZ Media say they hope to produce up to 140 million vinyl records per year by 2024.