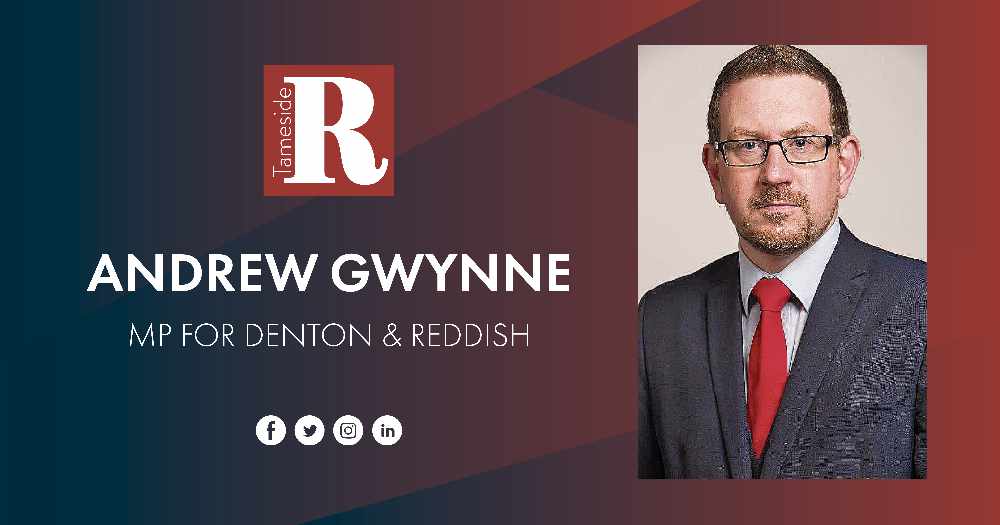 In his latest column, Denton MP Andrew Gwynne reacts to the news that Liz Truss has been chosen as the new leader of the Conservative Party and Prime Minister.

On Tuesday, the UK was introduced to its new prime minister. Liz Truss – chosen not via a general election but by 81,000 Conservative Party members – enters number 10 with an entry tray groaning under the weight of unprecedented challenges.

A brief overview of what PM Truss is up against? Rampant inflation, soaring energy costs, stagnant wages, widespread industrial action, historic NHS waiting lists, ongoing trade disputes and Northern Ireland protocol. All of this is on top of the climate crisis, as well as the horrific war in Ukraine and Russia’s continued aggression.

Much of these problems are the result of 12 years of Conservative rule. This government has systematically underinvested and mismanaged, and made short-term decisions that have had catastrophic long-term consequences.

Take the example of NHS waiting lists. Under the last Labor government, NHS waiting lists were cut from 18 months to 18 weeks. When Gordon Brown left office in 2010, patient satisfaction was at an all-time high. Compare and contrast with today – where 6.73million are on an NHS waiting list and 355,000 patients are waiting over a year for treatment – and it’s clear the Conservative government has failed in its pledge to protect the NHS.

It is frankly absurd to see Liz Truss proclaiming that she will focus on ‘growing the economy’ and ‘unleashing opportunity across the UK’. Truss became an MP 12 years ago and has been a minister in one form or another for 10 of those 12 years. She served as Justice Secretary, Environment Secretary, Commerce Secretary, and Foreign Secretary during this time. For her to stand before the nation and claim that she represents any type of change from previous Conservative administrations is bordering on farce.

The people of Tameside deserve a fresh start. They deserve a government that will work tirelessly to improve the lives of the people it represents. The next Labor government would freeze energy bills, give workers a real living wage and set about solving the crisis in our NHS. It would focus on delivering a truly transformative agenda that would undo years of regional and national neglect.

It can’t happen soon enough. When I talk to constituents, I can see how worried, frustrated and tired they are with a government that has failed to satisfy them. Change is long overdue, and maintaining an outdated Conservative government will not be enough.