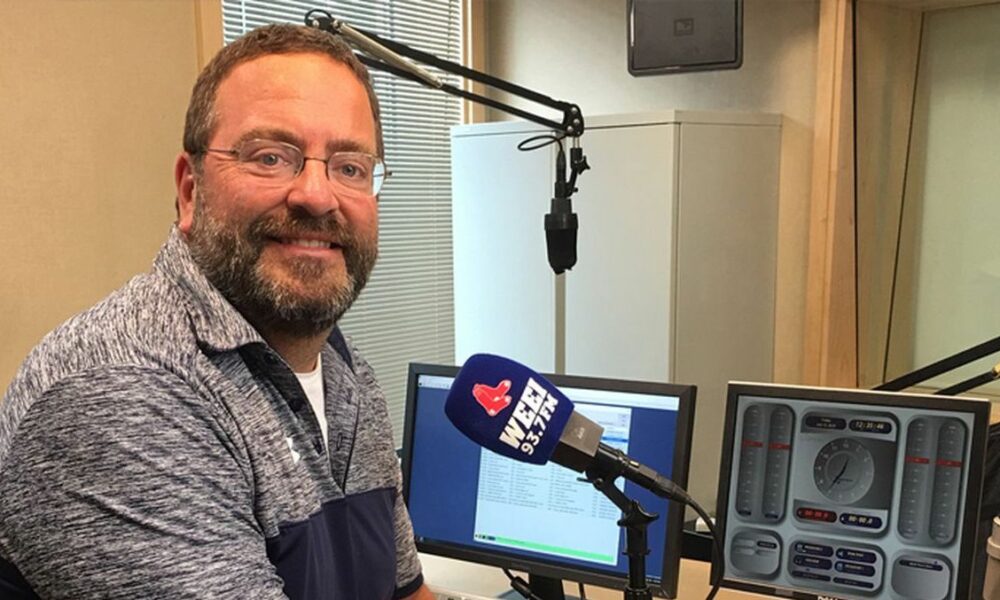 No rest for the best of Boston! Greg Hill was back to WEEI Thursday morning after winning the Marconi Award for Major Market Personality of the Year the night before.

It was however not in the Boston studios. He joined his co-hosts remotely from a WFAN studio in New York.

Hill acknowledged that he went over the 37 seconds allotted for his speech. He told colleagues Jermaine Wiggins, Courtney Cox and Chris Curtis it was to make sure they were recognized as well.

“I’m sure there’s the audio of the speech. I thanked each of you. I didn’t even thank my children. I thanked you. This radio award belongs to all of you and everyone I’ve worked with in my 33 years or whatever. I include LB in there, Danielle, Hsu, Spazz, everyone.

This latter group was the cast of The Hillman Show on WAAF, the former active rock station where Greg Hill spent 28 years before taking over the morning show on WEEI in the summer of 2019.

“I was lucky because most of the people I had the pleasure of working with in radio were way more talented than me,” he added.

What is Hill’s future at WEEI? He joked that after his acceptance speech, maybe it wasn’t very bright.

“I was trying to thank the president of our company and I, unfortunately Courtney, you’ll appreciate it, I mispronounced her last name. So that probably doesn’t bode well for me.

Later on the show, Curtis jokingly asked if Hill had gotten any dirty looks from Felger and Mazz. The afternoon show on crosstown rival 98.5 The Sports Hub was also nominated for the Major Market Personality of the Year award.

Greg Hill replied that he had not seen the duo on Wednesday evening. However, he only had nice things to say about them.

“They are legends, and honestly I haven’t seen or heard of it, but I was told Mike Felder had some great things to say yesterday. They were in the category. Did they win? won Major Market Personality of the Year and they deserve it again.