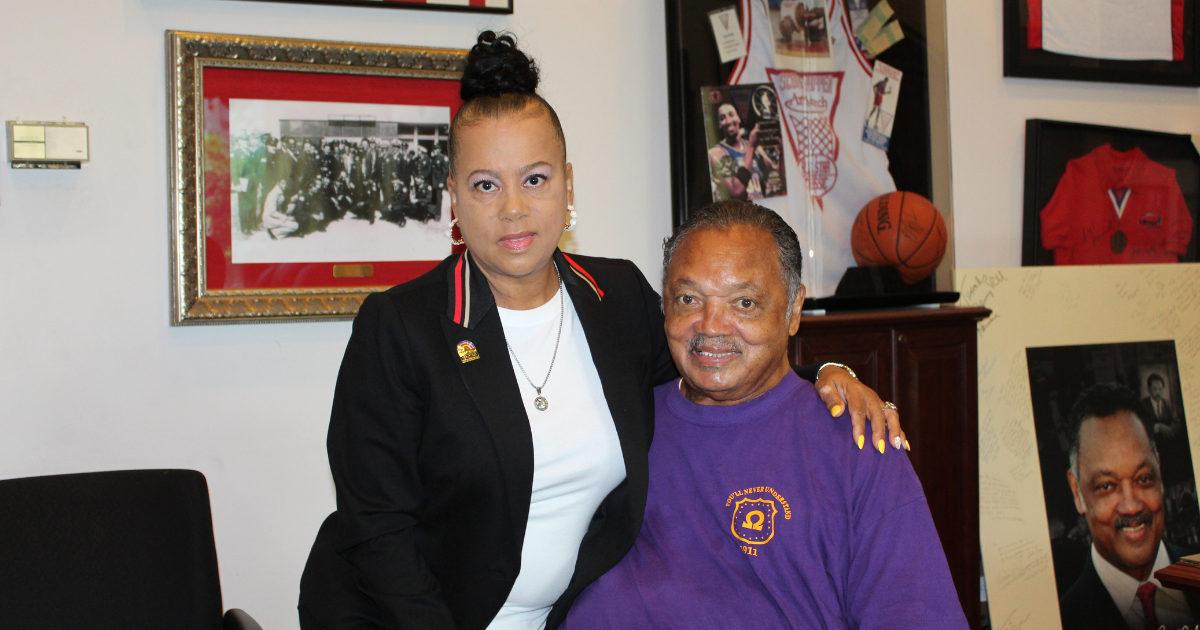 With the goal of being a radio station that represents the “voice of the community”, Indiana native Gary Dinahlynn Biggs, President and CEO of Radio Station BIGGS, recently launched the radio station WCHI Chicago-Indianapolis with a diverse platform offering news, talk and all-new hip-hop…something for all generations.

Most daylight hours, 6 a.m. to 6 p.m., Biggs said his Chicago radio station offers podcasts, features Roland Martin, the Web of Black America, and has open forums for people to talk about what’s going on. is happening in Chicago communities. It also has all the new hip-hop programming for young artists. “I try to cover all the bases,” she said.

She has owned radio station BIGGS Indianapolis since 2020 and launched another all-digital station in Chicago on June 27, 2022, available on all streaming platforms through Google Search. Biggs has a staff of 10 for her Chicago radio station, five in Indianapolis, and eight college volunteers who earn college credit working for her.

When asked how she got started in broadcasting, Biggs said that at the age of 17 she worked at VJ Records, the first black-owned record label in the United States, owned by Vivian Carter. She was hired as an intern as a file clerk.

Biggs became completely immersed in the radio environment and worked after school filing records and doing other odd jobs on the weekends, but that all changed when one of the employees didn’t show up. work one day.

That same day, Carter gave the order to put Biggs on the radio station. Biggs’ reaction was “Me? Oh my God.” The rest, she says, is history.

“I worked as a radio personality for several stations in Gary, Indiana, with my longest tenure on AM 1370…15 years before moving to radio in Chicago,” she explained.

In 2017, 2018, Biggs quit AM radio stations because “they didn’t want to jump into the digital pool of radio, streaming. They just wanted to stay AM. I had the impression that the radio world was passing us by.

“So I crossed over to join a station called WOSD radio in Chicago to work under veteran radio personality Al Greer. We worked at the Regal Theater on 79th Street until I opened my own radio station,” she stated.

She has been on radio since she was 17 as a radio personality for several stations in Gary. WLTH, 1370 was the station she was with for 15 years before moving to radio in Chicago.

For his radio station WCHI Chicago, Biggs covers news, talk, people’s opinion and all new hip-hop “because I felt like the chat platform was kind of drifting away from U.S”.

When asked about his goal for 2022, Biggs said he was to be recognized as a voice for communities across America. “My two stations were built on a community service platform.

“I am a partner of the Red Cross and the Salvation Army which I have had for disaster relief for many years. It’s my first love, my greatest passion. Through radio, we are able to help communities in need.

“I can give wheelchairs to those who need them, provide backpacks. Every year, we donate more than 800 to 1,000 backpacks to children. We educate children about opportunities in music, music, radio and television, which cover being a news anchor, news anchor, radio personality, a singer, songwriter or engineer.

Biggs said that with schools across America removing music from the curriculum, she wanted to make sure her radio station had a good platform for students.

When asked how she recruits young people, Biggs said: “My social media platform is huge. We have a great marketing team. I partner with universities across the country to hire interns. We are able to get people to announce new news.

“What I love to do is give workshops to help families put their music together so they can get paid for it,” Biggs explained.

She offers free workshops paid for by one of her workshops to include underprivileged children. “We have musicians from across the country who come to volunteer their time to show young children how to use microphones and instruments. We have classical writing music lessons.

“I always travel with all the artists, Marshall Thompson, the last living member of the Chicago Chi Lites is my mentor. I was one of the hosts in Hollywood, CA when they received the STAR on the Hollywood Walk of Fame.

“It was such an honor, an amazing thing,” she said. “I attended all the VIP events and met and met representatives of the record company that made the Chi Lites famous.”

In addition to Thompson, his team consists of legends such as Gene Chandler, the Duke of Earl, Gus Redmond and the late Herb Kent. It has touched generations of young people around the world since the 1970s.

“All these guys give me their time several times a year to share their craft with children all over the world.”

While rising through the radio ranks, Biggs worked as a radio personality, station engineer, producer, and program manager. She is also a litigation paralegal working with the number one law firm, Lee Cossell & Crowley, in Indianapolis.

“I’m good at settling complaints and helping people. Everything I do, I love doing it. I travel 26 weekends to host concerts with the stars. It’s very exciting.”

Biggs, who met Reverend Jesse Jackson last Saturday, July 2, wants to partner with the PUSH Excel program, the educational arm launched by Jackson as part of the Rainbow PUSH Coalition.

“Last year I was named National Chairman of the National Black Radio Hall of Fame for the Indiana and Chicago chapters,” Biggs told the Chicago Crusader.

“I didn’t want to take it. I declined several times, but once I realized the importance of having a Chicago chapter for national radio to commemorate the voices of Chicago legends, I accepted the invitation. The Chicago chapter had been dormant for many years.

The headquarters of the National Black Radio Hall of Fame is located in Atlanta, Georgia. “They are building a museum from scratch that will contain the faces and biographies of the people on the radio. I am responsible for submitting information from Chicago and Indiana.

The National Black Radio Hall of Fame nominated Biggs to receive the Presidential National Award for Community Service. She is expected to accept President Biden’s award in October for community service across the country.

“I’m so excited that they recognize my community service on their radar. I started as a young DJ, carrying drums and playing records in clubs. All I ever had was a case of water and a microphone. From there, now being able to donate thousands of items to people through my partnerships with the Salvation Army is mind blowing to me.