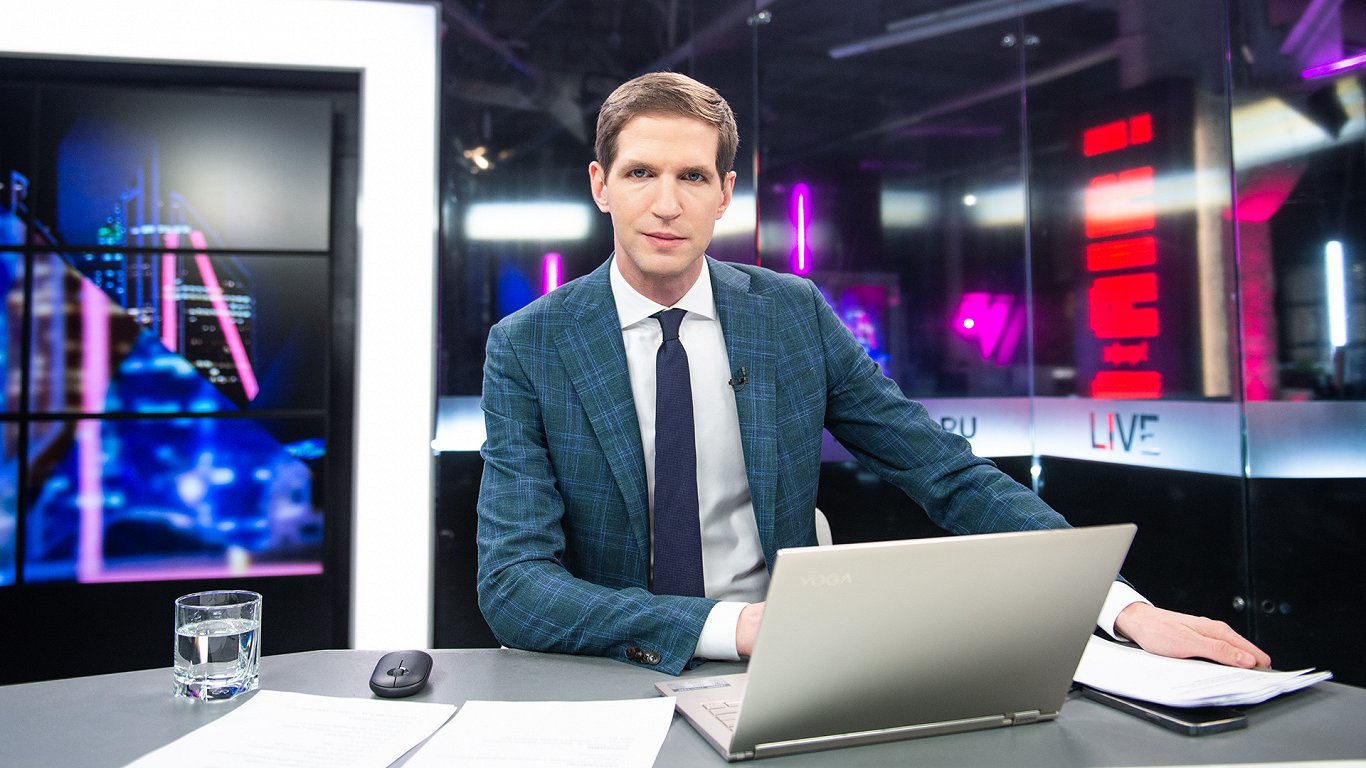 After being kicked out of Russia by that country’s demands for global censorship and propaganda, Dozhd will gradually return to the airwaves. First, it is planned to focus on the dissemination of information without Moscow censorship, and over time it is planned to expand the content.

Sintija Ambote: The channel “Doždj” had its first live broadcast this week after a four-month break, but first tell us how you feel here in Latvia?

Tikhon Dzyadko: We feel wonderful here. I have been here several times and I really like this country, but another thing is that for the few weeks that we have been here, we have not had the opportunity to appreciate what we see around us, because for the moment we only exist between work and home. Rīga is a big city and always very stimulating. I don’t know how long we’ll be here now, but I hope we’ll be fine here.

Tell us about the organization of the work of the remote TV channel from Rīga. What does it require of a team of journalists at report on events while you are in another country?

On the one hand, it’s a big problem, because we always closely follow the events there, and now, being in another country, it naturally complicates our work. And it is very important to follow the situation in Russia itself and not lose the “meaning” of events and the atmosphere inside the country.

On the other hand, we are currently creating a system where our journalists will work there anonymously, because we don’t know how safe it would be to work there openly. At the same time, we also remember the experience of 2020 due to the pandemic, when everyone sat at home or in the newsroom and went nowhere for filming, but Skype and Zoom allowed us to keep in touch with the interviewees. Modern technology helps a lot in our work, and this is a completely different situation.

Given the censorship laws passed in Russia regarding the subject of war in the media, how can you yourselves access independent information about what is happening inside Russia?

We have access to this information through our sources. Of course, given the censorship instituted just after the start of the war in Ukraine, which caused dozens of journalists to leave Russia, it is more difficult to obtain information today, but the fact that there are still people in Russia who cooperate with us and have the opportunity to communicate on social networks, this makes this task much easier.

For now, “YouTube” and “Telegram” platforms are not blocked in Russia, but when it comes to alternative ways to get information, people in Russia use VPN to bypass the restrictions imposed by the authorities. Russians and access blocked media or social networks – » Facebook”, “Twitter”, “Instagram”. And we know that the number of people who do this is huge. For example, one of the main Russian news media “Meduza”, which is now based in Latvia, their experience shows that the audience has increased significantly after being blocked in Russia. This means that there is a high demand for independent information and, on the other hand, this means that the internet skills of people in Russia are also high.As for the Dozhd channel, we are still available in Russia on YouTube, but not on cable TV.

In these first days since your return to the air, have you ever drawn any conclusions about the public, how it has changed?

We haven’t analyzed it yet because the medium was closed for four months and now it’s open, and it takes a lot of work to just let people know that we’re up and running again. We will be able to analyze the trends after a month, but now we are happy to have already at the beginning higher than expected figures. Of course, we will increase these numbers gradually.

On your first broadcast, you reminded your audience to write to you about topics of interest. Were there any comments from your viewers in the first week?

The feedback so far has been wonderful and we are very grateful for that. People write to us a lot, send topics and share their impressions. In the past, we also often followed what was sent to us directly by viewers and also developed reports.

What will you mainly be reporting on now, what will be the priorities, as I understand it, you will gradually add content?

We will continue to add new programs. The main thing is that now our news is back on the air, until now only one bulletin a day, and there were many more before. Everything will be done gradually, but we already cover the most important news events. Of course, now and in the near future, they are related to the war in Ukraine, and we also have a journalist working there, and we plan to send a few more people there.

The Dozhd channel was blocked in Russia in early March. How did your team come to this joint decision to leave the country? Have there been specific actions directed against employees?

The most important thing was these censorship laws, because after the appearance of the so-called “army discredit” or “fake news” law, it became clear that we had two options. Either we start working under these censorship requirements and lie to our viewers, without telling them what’s really going on, and the other option was to continue working in Russia like we did, and risk up to 15 years in prison. We finally decided on a third option, because we realized that in a free space, we can be much more useful to our viewers, our families and our parents. Being free, we can continue our work and that is why we left Russia.

How many employees are there now?

At the moment, about 30-40 employees are in Latvia.

Why did you choose Latvia as one of the channel’s homes?

We chose Latvia as our main working base because the organization of work here turned out to be easier, for which we are grateful to your institutions.

But also emotionally, Latvia is more understandable to us than Western European countries. Here, a large number of people also speak Russian, and Latvia is geographically close to Russia, and Latvia also has an interesting information space, because this is also the “news nerve” here. in the context of what is happening between Russia and Ukraine.

You haven’t spent much time here, do you have any first impressions of Latvian society and the media market?

Spending the first two weeks here, I can’t draw any firm conclusions yet, but my first impression is that there is a large Russian-speaking audience in Latvia, which also received information from official Russian government media, but now , they do not have access to these sources, if they do not seek other means of obtaining them. One way or another, these people are part of our potential audience, which we will also try to reach, knowing that in Latvia the Dozhd TV channel can now also be watched via cable operators.

What do you think is the future of independent Russian media, which has now emigrated to different countries?

I think that in the near future, unfortunately, independent media will work outside of Russia and look for opportunities to reach their audiences in Russia in different ways – it will be a partisan struggle. But I’m optimistic and I believe in good things. I believe that the current situation is not eternal and that it will change in the medium term, but that also depends on the media.

The better they work, and if more and more people in Russia receive truthful information, the sooner the situation will change and journalists will also be able to return home.