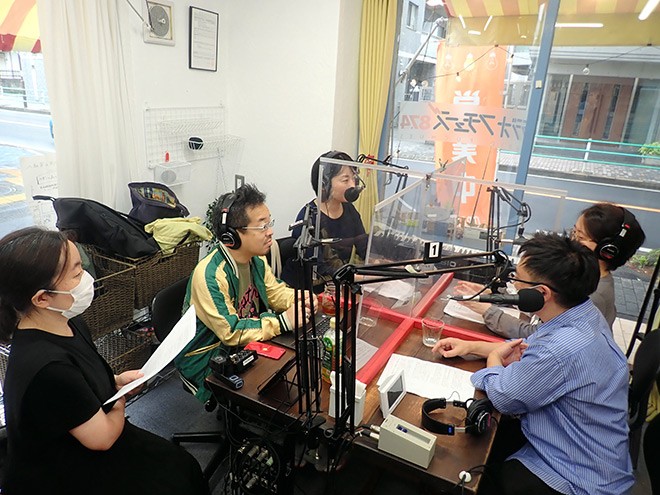 A radio program featuring former prisoners and family members of inmates explains how former inmates reintegrate into society and how they plan to make amends for their crimes.

“I want to convey various aspects of prison life that are not known in society, as well as the difficulties I encountered after my release from prison,” said a former prisoner.

The show airs on a community broadcasting station in Fuchu, western Tokyo.

The former inmate, who is in his 40s and has served two prison terms for violating the stimulant control law, was interviewed in the booth of FM Radio Fuchues on May 21.

He shared his experiences after his release from prison.

“It was difficult for me to find a job and open a bank account because of the prejudice directed against a former prisoner, which made it difficult to reintegrate into society,” he said.

A lawyer who also appeared on the show said she often receives consultations from former detainees about difficulties in opening bank accounts and entering into contracts with mobile operators.

“I visited a bank and opened an account with them. I know they don’t always feel comfortable talking to us, but I want them to look to us, the professionals, for help,” the lawyer said.

Yuko Shiota, 46, a staff member at the Center for Prisoners’ Rights, hosted the radio program. The non-profit organization provides counseling to prisoners and their families through letters and other means.

“It is unclear what kind of difficulties detainees and their families face and what kind of problems they face. I think they can pass on something from their stories,” Shiota said.

She added that she hopes many people will listen to the program via the radio, which is easily accessible, and that it will make people think.

The show will air the second and fourth Mondays of the month from 10 p.m. until June. It can also be listened to through the community FM radio application ListenRadio even outside the reception area of ​​the Radio Fuchues station.