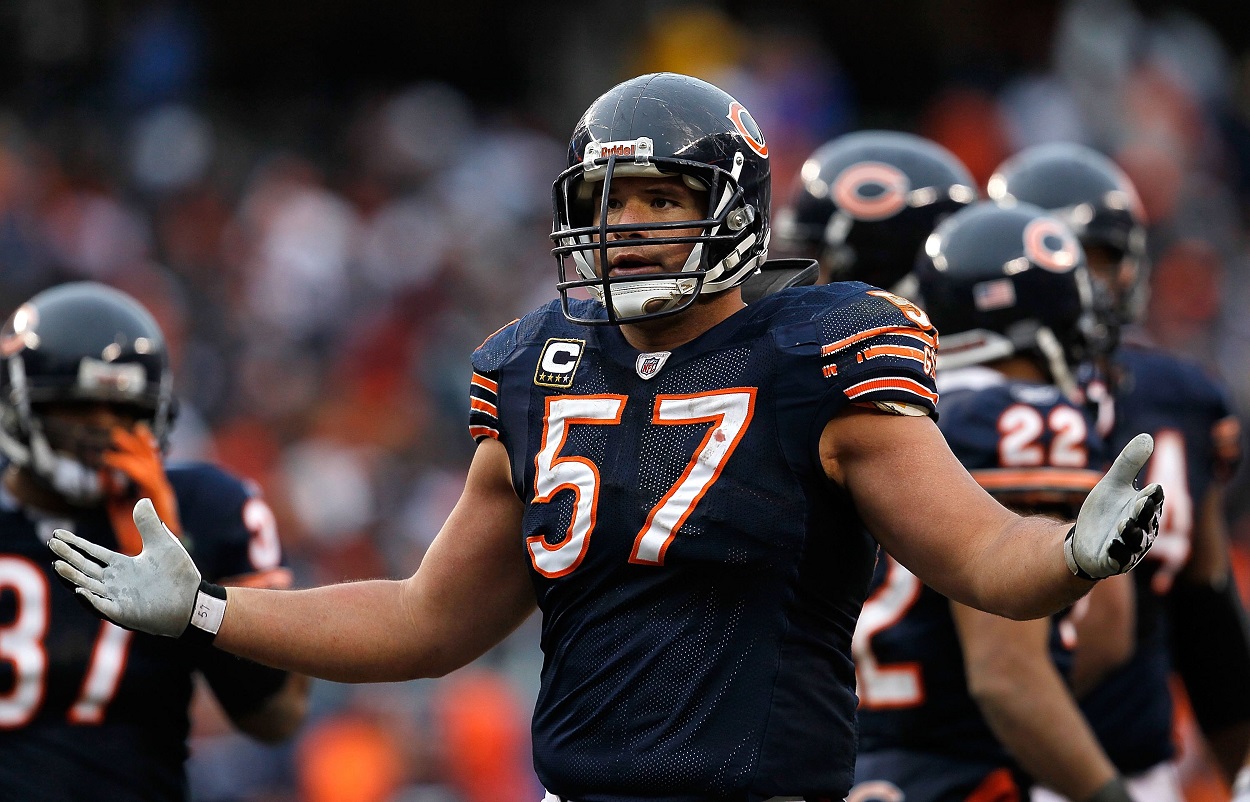 For 14 seasons, Olin Kreutz was one of the NFL’s best players in his position.

A consensus first-team All-American at the University of Washington, Kreutz was considered by most the best center available in the 1998 NFL Draft and was selected in the third round with the 64th overall pick by the Chicago Bears.

The Hawaii native spent 13 seasons in the Windy City and helped the Bears to the Super Bowl after the 2006 campaign, the same season he was named First-Team All-Pro. Kreutz was a second-team All-Pro selection the previous season and made six straight Pro Bowl appearances, a streak that ended with that 2006 season.

Kreutz played the final season of his career with the New Orleans Saints in 2011, but was dropped from the team after appearing in just four games following an incident in which he found himself with his trainer and pushed Drew Brees against a wall.

Well, it looks like Kreutz, who became a member of the sports media a few years after retiring as a player, lost another job due to a confrontation with a co-worker.

A few years after retiring from the NFL, Kreutz took a job at popular radio station 670 The Score in Chicago, helping with the Bears’ postgame shows. He later took a job with NBC Sports Chicago’s Football after-show alongside former teammates Matt Forte, Alex Brown and Lance Briggs.

Kreutz recently took a job with a startup sports media site in Chicago, CHGO Sports, but that relationship ended, an ending that CHGO said wasn’t a very pleasant one.

CHGO left nothing else in terms of details about the incident, nor did Kreutz talk about the details of the incident. However, the former All-Pro reacted to the shooting but didn’t seem overly apologetic about it.

Just in case this tweet gets deleted at some point and disappears here, Kreutz threw in a quote from Mike Tyson, which reads, “Social media has made y’all too comfortable with the lack of respect for people and not getting punched in the face for it. .”

You might recognize the quote. Many people pointed this out, including us, when Tyson physically responded to an unruly fan on a plane recently.

the Chicago Sun-Times reported on Tuesday that Kreutz grabbed the neck of a CHGO colleague, Adam Hoge, in response to what they called an “offhand remark.” Hoge reportedly did not need medical attention and did not file a police report.