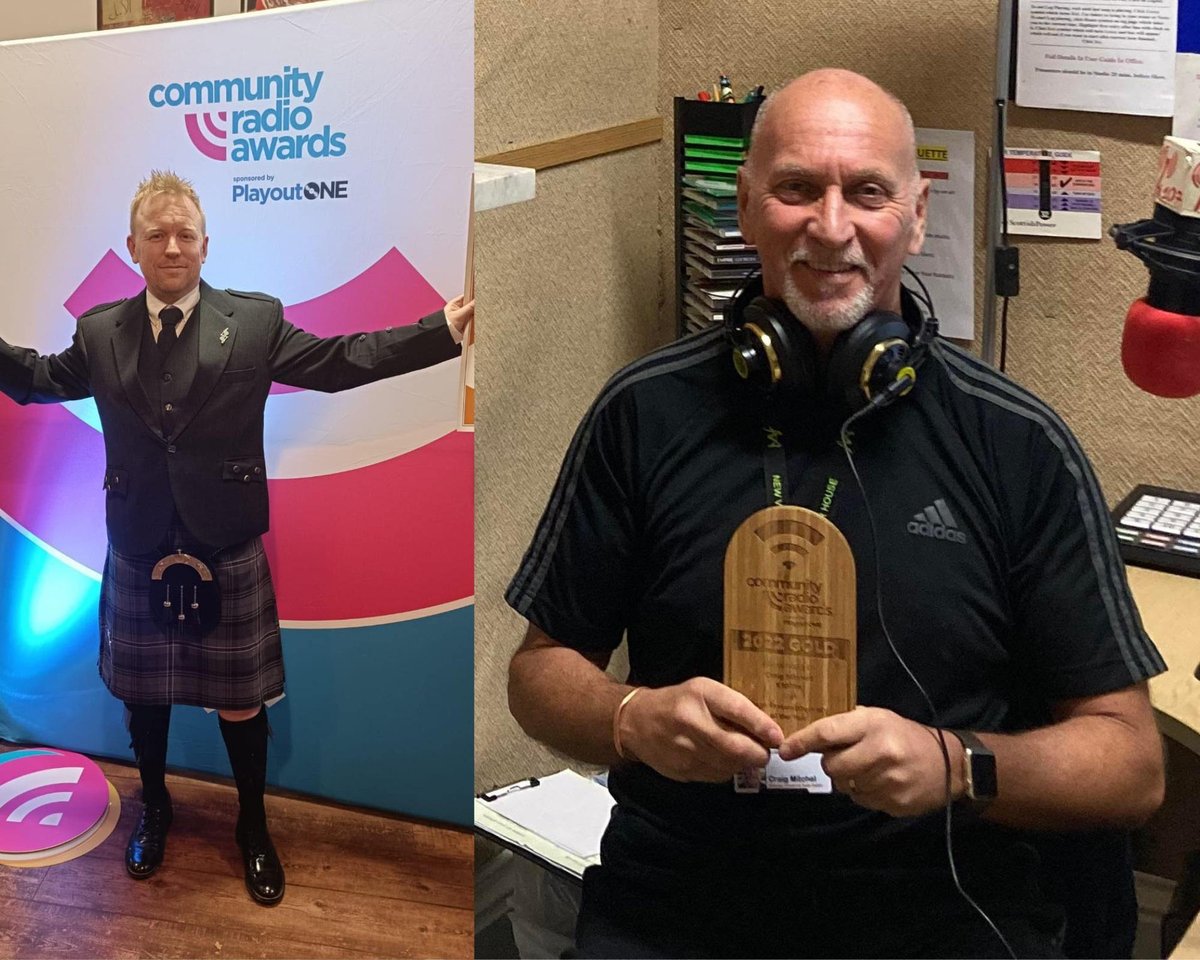 K107FM led the way at the Community Radio Awards where it won a first gold and a silver plus two bronze – more than any other Scottish station.

In total, the station received nominations in six of 19 categories at the event held in Bedford which recognized the great work of community radio.

Alex Airnes and Craig Mitchell with some of K107FM’s awards

There were bronze awards for the Saturday Sports Show hosted by Graeme Kilgour, and the resort’s pageant and wedding ceremony held at the Mercat shopping centre. It was collected by Alex Airnes.

The awards highlighted the Kirkcaldy-based broadcaster’s continued growth following wins of a single Bronze Community Radio Award in 2020 and 2021. It was also the second consecutive win for the Saturday Sports Show – a big accolade for the team of volunteers who host and produce the shows. .

Craig, who is also Acting President of K107FM, said: “Receiving the station’s first-ever gold award was very exciting both personally and for the station and justifies all the work that goes on behind the scenes every week. , for all our presenters.

“I am incredibly proud of the directors and members for all their hard work over the past year as the station has continued to evolve.

“The pinnacle of this year, has to be winning one gold, silver and two bronze at the awards, making us the most successful Scottish community radio station of 2022!

“Our programs are both entertaining and innovative, but always with a local touch. Clearly, we are a station, run by a team of committed volunteers, that continues to improve, deliver and connect with our community. “

Martin Steers, Awards Chairman, added: “It has been another great year for community radio across the UK, and as always it has been a great challenge for our judges across the industry as the quality of entries is better than ever – a true testament to all that stations are doing in their areas.