Elections controlled by the media-corporate cartel 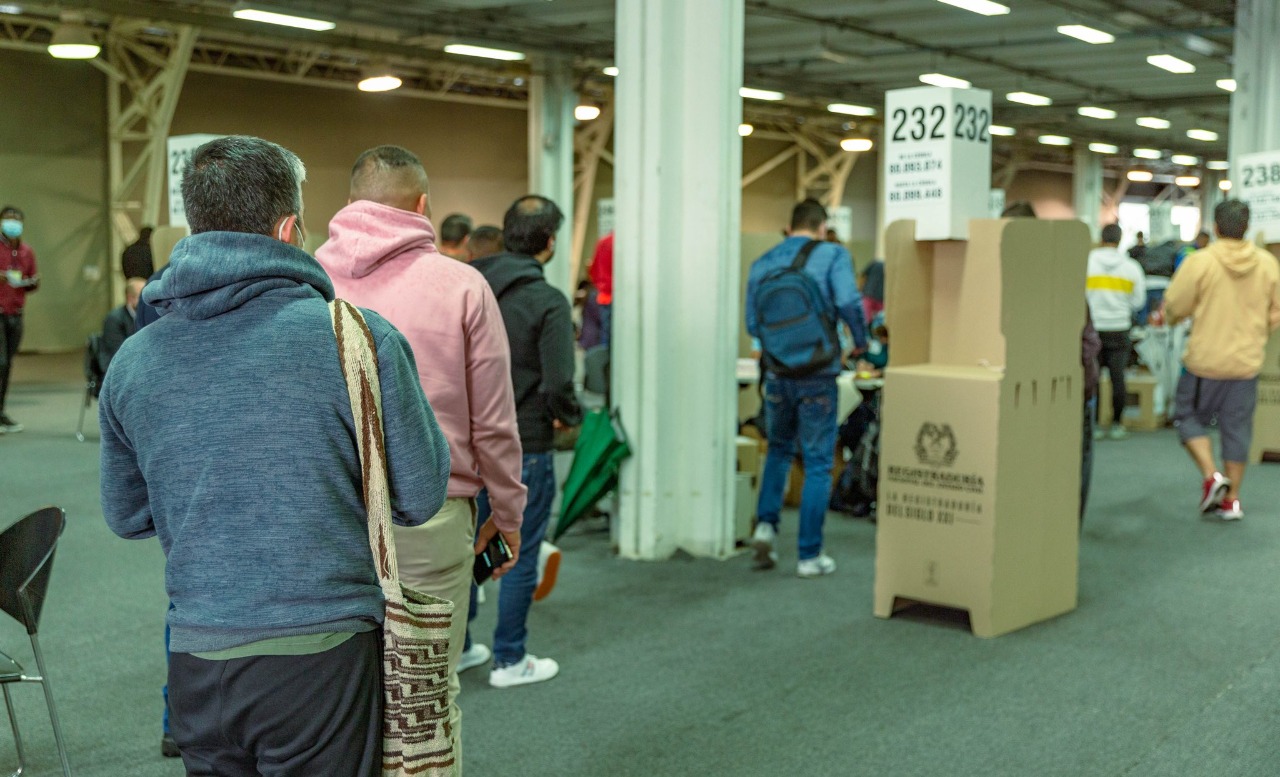 It’s no secret that each media has an editorial line, that is to say a way of seeing and showing things. A vision from which each media (or media group) gives visibility to what suits its particular bias and interest. The idea of ​​journalistic neutrality, the so-called “objectivity”, is belied by a basic verification: in any media, there is a choice on what to publish, what importance to give to each news item, what aspects are put highlighted and how the information is told. .

In the case of private companies, this editorial view is reduced to what reinforces their business model and, by extension, to content that defends a model that privileges the interests of capital.

This observation, which is a central premise for preventing naivety in the manipulation of information and for everyone to place what they see, read or hear within the framework of the intentionality that is imprinted on all production, becomes even more more important at the time of political definition. , like those experienced by Colombia in this second round to elect its presidential candidate.

The press in Colombia

Due to the high concentration of media ownership and the diversification of its channels, the power of a few companies to influence public opinion in Colombia is practically coercive.

According to information collected by Media Ownership Monitor Colombia (MOM), a study conducted by Reporters Without Borders in collaboration with the Colombian Federation of Journalists (FECOLPER), “the eight largest media groups concentrate 78% of the cross-sectional audience, which means that almost four out of five Colombians receive their information through the media of these groups. The three media groups with the highest audience concentration are the Ardila Lülle organization with 28.7%, the Santo Domingo group with 19.5% and the Luis Carlos Sarmiento Angulo organization with 7.3%. ”

Far from being solely active in the commodification of information and entertainment, all of these holdings have deployed tentacles in very diverse fields, which explains their intimate link with the pro-corporate socio-economic model in force in Colombia.

Carlos Ardila Lülle, who owns almost 60% of the media, “owns more than fifty companies in the sectors of agribusiness, industry, communications and entertainment, finance and insurance, real estate and automotive. Its businesses include the country’s largest sugar refinery (Incauca SA) and one of Colombia’s largest soft drink producers (Postobon SA)”.

The richest man in the country according to Forbes, Carlos Sarmiento Angulo, controls 33% of the Colombian financial market through Grupo Aval Acciones y Valores SA and owns BAC Credomatic, the largest financial group in Central America, in addition to being the main beneficiary of the road concessions.

Finally, the Santo Domingo group, through its holding company Valorem, includes companies active in real estate, tourism, transport, media and leisure, industry and retail trade. In the communications sector, it owns Caracol Televisión SA (the company that owns Canal Caracol and BluRadio), the newspaper El Espectador and the magazines Shock and Cromos.

RSF’s investigation also demonstrates the intimate link between these private media and the political sphere. Many people who have held public office are members of the board of directors or shareholders of these companies.

In addition, their owners often contribute to political campaigns, such as Sarmiento Angulo, who contributed to the campaign of former President Álvaro Uribe.

In this context, should we be surprised that all these media prominently denounce the attempt to tarnish the credibility of Gustavo Petro, a candidate who has made social justice his main paradigm?

While overshadowing the broad popular support it enjoys, the proposals it puts forward and the hope it represents for a people suffocated by physical and economic violence, this compact system of propaganda, faced with the failure of its natural candidate “Fico” Gutiérrez, favored (and continues to do so) the eccentric and backward figure of Rodolfo Hernández, a wealthy former mayor of Bucaramanga and currently on trial in a corruption case for mediating in favor of his son with employment contracts. ‘one million dollars.

In recent days, the agenda of the hegemonic media has focused on putting alleged scandals in Petro’s entourage on the front page – videos of his close political entourage in which possible electoral strategies are explicitly analyzed – and it It is not excluded that a similar maneuver could be attempted at the last minute to discredit him given the proximity of the elections.

Protest in the digital sphere

As everywhere in the world, the Colombian population is not content to watch television, listen to the radio or read newspapers, but increasingly uses digital platforms to interact and also to try to get information.

According to data collected in the report “Is there Internet concentration in Latin America?” El caso Colombia”, of the 61% of the universe that use digital platforms, 78% use search engines to find specific news information, which in Colombia, as elsewhere, is monopolized by Google (97.2 % of cases).

This is perhaps why, due to the preferential algorithmic bias of the search engine, when we analyze the pages that receive the most traffic from Internet users in search of information, we find the same lack of plurality. , with some exceptions.

The ranking of the aforementioned report places the newspaper El Tiempo (Grupo Sarmiento Angulo) in first place with a reach of 43.6% among the audience analyzed Pulzo.com, El Espectador and Bluradio, all belonging to the Santo Domingo group, appear in second , fifth and seventh place. In third place is Publimetro (Swedish group Metro International) and in fourth position, the magazine Semana of the Gilinski group. Las2orillas.com, an independent news site, ranks sixth.

Beyond that, various political communications strategists have pointed out that the digital campaign that got Hernández into the second round relied primarily on Whatsapp messaging groups and short, emotionally impactful messages in a attempt to differentiate themselves by distancing themselves. of the tribune’s verbiage, but also, as usual, demonizing his opponent without debating substantive proposals.

On the other hand, digital networks offer impunity, without the need to support complex government plans, debate ideas or be publicly confronted. At the same time, hiring experienced influencers and publicists on these segmented platforms allows form to be substance and true political intentions to be blurred by the screen of their trivialization.

What do the candidates propose to democratize communication?

The programs of the two formulas differ in their general content in a decisive way. The program of the historic Pact promotes a new contract of social and human sensitivity, the protection of the environment, a strong impulse to the rights of women, workers, young people, the elderly, reparations for injustices against Afro- Colombian and indigenous peoples, and an unwavering commitment to respect the peace agreements, among other issues.

On the other hand, the proposal of the Anti-Corruption League of Hernández represents more a catalog of pragmatic measures of a typically anti-bureaucratic nature with a modernizing vocation, which in no way modify the neoliberal scheme in which the country is immersed.

However, despite the differences, and although in different ways, both programs emphasize the need for digital innovation, the extension of universal Internet connectivity and production based on new technologies, without any clear intention to regulate the actions of digital monopolies.

On the issue of media, the government platform of Gustavo Petro identifies as key elements the strengthening of the public network of channels and regional media for the production and dissemination of high quality cultural content, with emphasis on radios public and community.

The text of the program also expressly includes democratic participation in state media and the reform of RTVC, the Colombian public media system, to guarantee its institutional, popular and independent character, so that it can be “the voice of the multitudes, the expression of a multicolored democracy”. .

It also undertakes to “promote a law on public, cultural and institutional radio that articulates and contains parameters similar to the law on television and to strengthen cultural and educational content, as well as its infrastructure (physical and equipment), its territorial presence (decentralization) and its alliances with symphony and philharmonic orchestras”.

The guarantees expressed in its proposal for the exercise of the rights to freedom of expression and freedom of the press, within the framework of the preservation of individual and collective human rights, do not seem to want to call into question or affect the accumulation and concentration of ownership present in the field of broadcasting.

In the case of the “engineer” Hernández, there is no mention in his program of any aspect related to communication, beyond the emphasis on digital.

Once again, this election in Colombia shows that in the absence of a major social effort to democratize and decentralize the exercise of communication, democracy continues to be the prisoner of economic power, retaining a large part of its plutocratic character.

Democratization must now include, as a matter of urgency, social control of digital platforms in the form of regulation and public policies guaranteeing their service to the common good.

However, even under a progressive government, perhaps driven by priorities such as the elimination of hunger, physical violence and the violation of basic social rights, perhaps constrained by the difficulty of breaking with the status quo of communication in view of a transcendental election, the impulse towards laws or policies that redistribute power over social subjectivity, power currently held by media and business conglomerates with cartelized discourse, is not entirely clear.

The recovery of communication spaces as a fundamental human right and premise of any true democracy will continue to be an outstanding mission in Colombia that the popular movement will have to demand from the new government.

1. Levy Gabriel. Is the Internet concentrated in Latin America? The case of Colombia. Observecom.