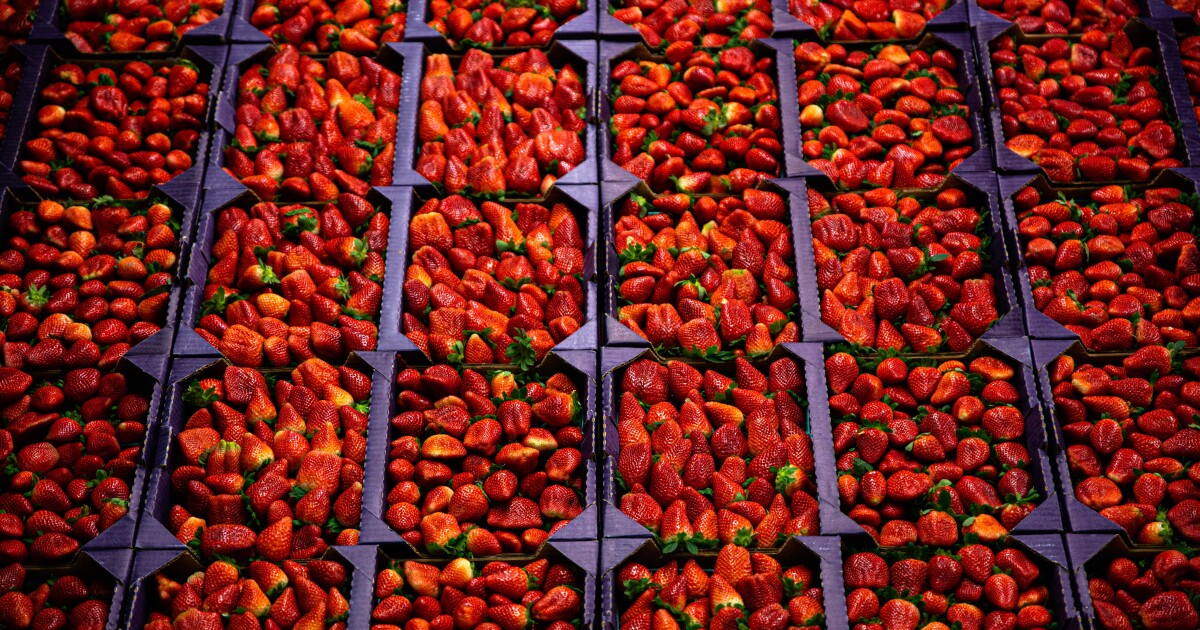 The last two years have been relatively dry in Florida. It hasn’t been good for some parts of the environment, but it has worked for strawberries, the scientists say, because farmers are able to better regulate the amount of water crops receive.

fungal disease outbreaks neopestalotiopsisbetter known as leaf spot and fruit rot, hadn’t been reported on Florida crops since the 1970s – until about four years ago, according to Wael Elwakilthe Commercial Fruit and Vegetable Production Extension Officer for the University of Florida/IFAS in Hillsborough County.

The disease can cause small light brown spots on the leaves. Then, as the infection develops, the spots expand to form necrotic lesions on the fruit. They eventually turn orange before becoming covered in black fungal spores. The crop may be stunted or die completely.

Due to the heat, rain and fog between 2018 and 2020, strawberries were hit hard by the fungus.

“It can spread through the field quite quickly and can completely collapse your plant,” Elwakil said. “Our growers took a big hit…basically destroying our fruit, destroying our canopy.”

But then the weather dried up, leading to successful growing seasons last year and this year. Strawberry season in Florida, which runs from November to April, is coming to an end.

“We’ve been very lucky the last two years… The last two seasons have been a bit drier, which has been good for our industry in terms of disease reduction,” he said.

The dry conditions allow growers to control the amount of water the strawberries receive.

the Florida Public Radio Emergency Network reported that the past few months have been extremely dry, even though the winter months are considered Florida’s dry season. Additionally, the greater Tampa Bay area is one of the driest areas in the state.

“Scientists blame both below-average rainfall and recent above-average warm spells for the proliferation of drought.”

Florida is the second-largest strawberry-producing state, with an estimated Impact of $300 million per year on the state economy.

Currently, there is no cure for berries infected with leaf spot and fruit rot, but researchers are working on it: from experimenting with a spray to deciphering best crop management practices , according to Elwakil.

“We’re not there yet, unfortunately,” he said.