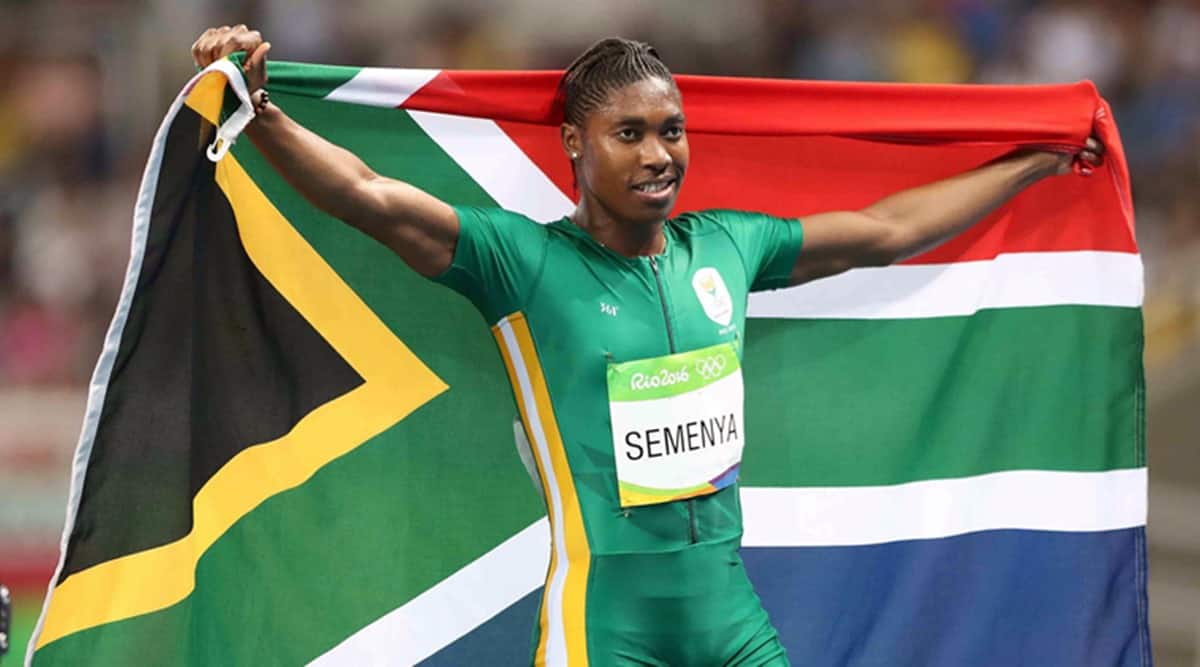 Caster Semenya won the 5,000 meter race at the South African national championships on Thursday with a personal best, then said she would likely focus on the long distance events for the rest of her career.

It could be her best hope of running at the Tokyo Olympics this year after being barred from defending her 800 meters title.

The two-time Olympic champion won the 5000m in 15 minutes 52.28 seconds at Tuks Athletics Stadium at the University of Pretoria. It was outside the Olympic qualifying standard of 15:10.00, but Semenya has until the end of June to qualify for Tokyo.

Although the national championships are South Africa’s main trials for the Olympics, athletes only need to record a qualifying time once in a recognized competition before the deadline of 29 June.

The best of Express Premium

It’s still a long way off for the 800m specialist, but Semenya’s time on Thursday was more than 22 seconds faster than her last outing in the 5,000m.

Semenya’s participation in the event at the national championships was confirmed the day before the competition began and deviates from her previous plans after announcing last year that she would try to qualify for the Tokyo Games in the 200 meters.

“We had to examine‚ can we do 200 for the next five years? It wasn’t really in our favor,” Semenya, 30, said Thursday. “I’m getting old‚ I’m afraid of tearing my muscles. We had to sit down and make sure the decision we make makes sense. The distance makes sense.

Semenya is not allowed to run in 400 meter to one mile events at top track competitions under World Athletics testosterone rules. She refused to comply with these rules and take medication to lower her natural testosterone levels, calling the regulations unfair and discriminatory.

She can now only run the 100 and 200 meters, or the distance races. All these events are unfamiliar to him.

Semenya has also not given up on having the rules overturned in court. She said in February that she was challenging the testosterone policy at the European Court of Human Rights in her third legal challenge against them. Semenya has already lost cases against World Athletics before the Court of Arbitration for Sport and before the Swiss Supreme Court. No date has been set for her case in the human rights court, but it is highly unlikely that she will be heard before the Tokyo Games open on July 23.

Semenya’s story has been one of the most controversial in sport since she arrived as an unknown teenager and won the 2009 world title in the 800m in an incredibly fast time.

It was then announced that she underwent gender verification tests at those championships and her career has been engulfed in a complex sex and gender dispute ever since.

Semenya was identified as female at birth and has identified as female throughout her life. But World Athletics argued in court that she was “biologically male” with the typical male XY chromosome pattern, and that her testosterone levels were above the typical female range. This gives her an unfair advantage over other runners, according to the athletics body. World Athletics said it would allow Semenya to compete in women’s competitions if she lowered her testosterone levels through medical intervention.

Semenya refused to do so, insisting that she is female and her natural high testosterone is just a genetic gift.

Semenya is thought to have one of several conditions known as differences in sex development, sometimes referred to as intersex. Details of his exact condition have never been released.