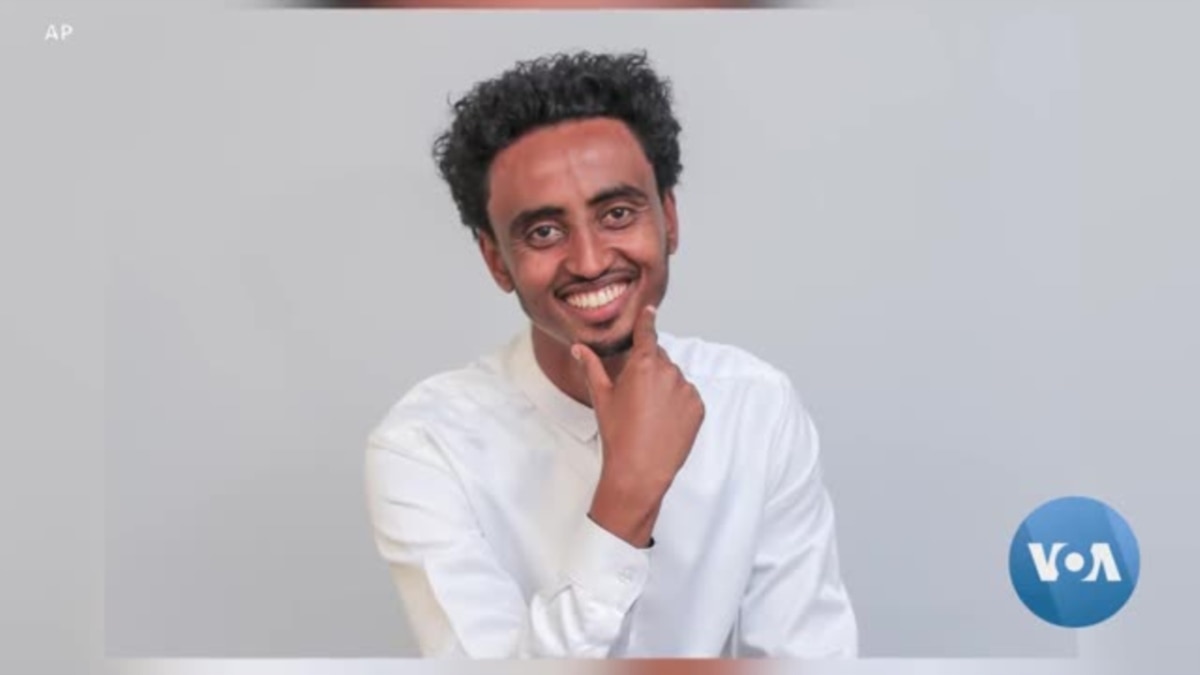 After a four-month ordeal, an Ethiopian journalist is back home with his family, though he still faces years in prison if found guilty of violating the state of emergency law. of war and anti-terrorism law.

Associated Press accredited video journalist Amir Aman Kiyaro was arrested on November 28, 2021 in Addis Ababa following a reporting trip out of the capital. He was accused of illegally communicating with members of the Oromo Liberation Army, which the government has labeled a terrorist group. Under the national state of emergency, journalists have been punished for interviewing politicians, dissidents and members of armed groups. The state of emergency was lifted in February.

Amir and another freelance cameraman, Thomas Engida, were held as suspects but were never charged with a crime, an AP representative said.

Ian Phillips, vice president of international news at The Associated Press, said the case shows how journalism is criminalized and journalists harassed in Ethiopia. He pointed out that Amir was on a legitimate reporting trip and had not committed any crime.

“The media crackdown that this case represents, there are no real charges that can be brought against Amir,” Phillips told VOA in a March 25 interview before Amir’s release. “He is a well-rounded and respected journalist who has covered both sides of the conflict. He was arrested and this is an arbitrary detention and we called on the Ethiopian authorities to do the right thing and release him.

Zecharias Zelalem, an Ethiopian journalist based in Canada whose work has appeared in Al Jazeera, said arrests like this prompted him to sign an open letter calling on the government to respect media rights. He said 46 journalists were detained in 2021 in the country making Ethiopia one of the worst jailers of journalists in Africa.

“The general optimism that we had a few years ago with the much-heralded reform, with the promises that journalists could operate undisturbed, that has not materialized,” Zecharias said. “Promises and promises have not materialized. And unfortunately for journalists, the situation is starting to resemble what we saw in 2009 when Ethiopia passed its infamous anti-terrorist proclamation, which was used to rally journalists en masse. So we had to talk about a very, very serious situation that our colleagues on the ground in Ethiopia are dealing with.

When Ethiopian Prime Minister Abiy Ahmed came to power in 2018, there was widespread optimism about the direction the country was headed. Abiy was awarded the Nobel Peace Prize the following year, in part for “granting amnesty to thousands of political prisoners”, including journalists, and “ending censorship medias “,the committee wrote during the announcement.

However, progress eroded and the country plunged into civil war in November 2020. Journalists were intimidated, harassed and arrested.

It became nearly impossible to get accurate information from inside Ethiopia once the conflict escalated and the government imposed an internet communication blackout in parts of the country where there was conflict. .

Journalists have been barred from reporting in areas where the Oromo Liberation Army, a rebel group fighting the central government, is active. Accurate information is hard to come by, experts say.

Zecharias said the reporting Amir was doing, traveling to an area of ​​Oromia currently controlled by a rebel group, is vital because there is virtually no coverage of daily life there.

“What he was doing was very important and crucial journalistic work,” he said. “Very few journalists were able to access areas under OLA control to see what life was like for hundreds of thousands, if not millions, of people in those areas, most of whom were subject to internet blackouts and phone, we don’t have an accurate picture of.

Amir’s lawyer, Tadele Gebremedhin, said his client was released on 60,000 birr ($1,165) bail and ordered not to leave the country until his case is resolved. would not have been investigated. He said journalists have been accused of working with foreign media and “spoiling the country’s development plans” with negative reporting.

VOA contacted the office of the Prime Minister and Attorney General to seek comment, but received no response.

As free press advocates continue to press for fair treatment of journalists, arrests continue in Ethiopia. On March 31, four journalists were arrested in the Somali region of the country, according to local reports.

“We will continue to cover the story of unjustly detained journalists. This is not acceptable behavior. These are arbitrary detentions,” Phillips said. “If there is evidence of something, then that evidence must come out and must go through a proper testing process, which is extremely important to us at the AP and to our news outlets.”