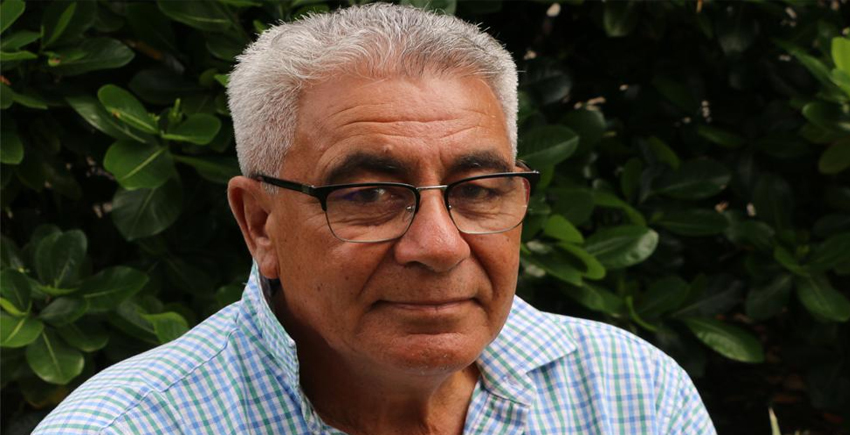 Christmas is coming very soon. The time of year when families gather from everywhere, when mokopuna who haven’t seen their nannies and dads for a while, spoil themselves rotten

Christmas is coming very soon. The time of year when families gather from everywhere, when mokopuna who haven’t seen their nannies and dads for a while, are spoiling themselves rotten. There is usually a lot of overkill and indulgent behavior in general, and this year there is also likely to be an unwanted guest on the sidelines of the festivities or inside the whanau itself –– COVID-19.

It’s not an attempt to scare people, it’s probably too late for that, the rubber has already hit the road. It is time to face the facts; no more excuses like I’m still doing my research and making up my mind, I don’t want someone pushing me to make a decision, I’m young and reasonably fit, I can fight, or why should i get vaccinated or lose my job if i’m a teacher or a health worker – it’s my choice what i put in my body.

Let’s deal with it first. Okay, it is your choice and if you have decided not to take the free protective vaccine, which has been given safely to hundreds of millions of people around the world and you have been made redundant, it is was your choice. I suspect that I am not the only one who does not want an unvaccinated teacher in charge of my mokopuna who has not yet had the choice to get vaccinated, being infected by you. Or having a sick whanaunga in the hospital and immunocompromised, infected by a health worker who for some reason thinks that his or her personal choices and opinions are worth more than the well-being and safety of the vulnerable people for whom they are paid. to take care. But I notice that 99% of DHB health workers have gone ahead and got vaccinated and I salute you all for your caring attitude and duty.

Regarding the significant minority of our population that refuses / refuses to be bitten, here are some facts from the latest official figures from the Ministry of Health.

Of the 7,484 people infected with this series of COVID-19 – at the time of writing – the largest number are those who cannot be vaccinated at the moment, those under 12. They represent more than 20% of the total. They are mostly our children.

In terms of the 7484 ethnicity, the overwhelming majority are us Maori. We represent 44% of the total; we are 33% of people sick enough to be hospitalized, we are also at the top of the list of deceased people. Considering that we represent approximately 17% of the total population, these are not statistics to be proud of. Yes, most of the people who have caught the virus so far have been in Auckland, but it is now spreading and creeping into our hinterlands, where we know many people are not vaccinated, and we know that ‘this is a disease that finds the unvaccinated.

The second ethnic group most affected by COVID are our Pacific cousins ​​who represent 29% of those infected, Asians only 6%, Pakeha 19%.

In contrast, let’s take a look at another group of people who have many connections and similarities to the Maori of Tairawhiti, the Cook Islands, our ancestors’ last stopover on their journey to Aotearoa a millennium ago.

The resident population of the Cook Islands is around 12,000, which is probably not much different from the Maori population of Tairawhiti. The Cooks have never had a case of COVID.

Ninety-five percent of the Cook Islands population aged 12 and over have been doubly vaxed for COVID-19; the same Pfizer vaccine used in New Zealand.

The locals have the same ailments as us – diabetes, heart problems, obesity, etc. – which make us vulnerable to COVID. They achieved this zero covid score sheet by adopting very strict measures. Despite being an economy heavily reliant on tourism – 85% of their income – the government locked borders when New Zealand went into lockdown last year; opened for a brief period when New Zealand did so earlier this year, and then locked again when New Zealand did so again in August.

The effect was dramatic. The seaside resorts and other businesses dependent on tourism remain inactive. About a thousand migrant workers left, either returning home to places like Fiji and the Philippines or to New Zealand to work on dairy farms and other places in search of labor. About a thousand locals left, mostly to New Zealand to work in butchers and the horticultural industry.

As the country loses / goes into debt probably a million dollars a day, and with 95% of the eligible population vaccinated – and New Zealand moving from a policy of elimination to a policy of covid – the government Cook Is has decided to open up to New Zealanders in mid-January; with conditions. Visitors will need to be double vaxed and pass a clear COVID test within 72 hours of travel. They will also have to take a test upon arrival and self-isolate until the test result returns; hope clear too. And they made the bold decision to say that once opened, the country will remain open.

Even with these precautions, New Zealand disease modeling experts have urged cooks to go further; claiming that even with this level of vaccination there could be around 2,500 people infected if COVID broke through the barriers – which they expect it to – there could be dozens of hospitalizations – overwhelming the health system – and some deaths.

On the other hand, if and when it is possible to immunize children aged 5 to 11, while maintaining good hygiene precautions such as hand washing, wearing masks indoors by logging in to allow contact tracing and maintaining separation, these projected hospitalizations and deaths disappear.

There are anti-vaccines and vaccine hesitates in the Cook Islands, but why is it that Maori and Cook Islands residents – are vaccinating in such high numbers and encouraging, and we New Zealand Maori don’t are not?

Since COVID-19 first arrived in New Zealand last year, the Department of Health – at the time of writing – had registered 10,609 cases.

Remember that our portion of the population is only 17%.

Think about it, and it hasn’t hit Tairawhiti yet.

When COVID-19 first entered our lives early last year and we entered the first lockdown, I was in Opoutama with one of my grandsons and his mother. Like most of us, I didn’t know what to expect, but I was scared. You see, I had read a lot about the great influenza pandemic of 1918-1920, which an estimated one-third of the world’s population was infected. No one really knows for sure how many people have died – but estimates range from 50 to 100 million. To add to this tragedy, the world had just gone through a devastating world war; countries and economies have been shattered and are struggling to recover.

My hunch last year was that we would probably all get COVID, and many of us would die. I anticipated my own death and worked out a plan in my head as to how my family should handle this given the circumstances. I feared that I would never see my wife and my young son again, who had taken refuge in Rarotonga.

But as the lockdown and the year unfolded, I think the New Zealand government has handled the situation extremely well. The vaccines have arrived on the scene, and although many of us will still get sick, and some have died and die, I don’t believe we will all get it anymore.

But I think we need to plan for its arrival and the possibility of whanau getting infected and how we deal with it. What food and other essential supplies and medicines we should be getting. We should have an isolation plan and a list of people to call for help if the primary caregivers in the household become incapacitated or worse. There are iwi, hapu, and marae groups that have role models for these plans and are ready to help.

I’m still scared, but not as much as last year; because I know I now have great protection from the vaccines I received. I still have apprehension for the young and the vulnerable, those who cannot yet be vaccinated or whose underlying disease puts them at risk.

For the unvaxed, statistics show that you are the most infected and the most hospitalized. Hope you don’t end up occupying a hospital bed that someone who hasn’t deliberately put themselves in harm’s way might over the next few weeks / months.

And if like the many reports around the world of people in intensive care gasping for air, you end up croaking that you wish you had taken the vaccine, then it will be too late.