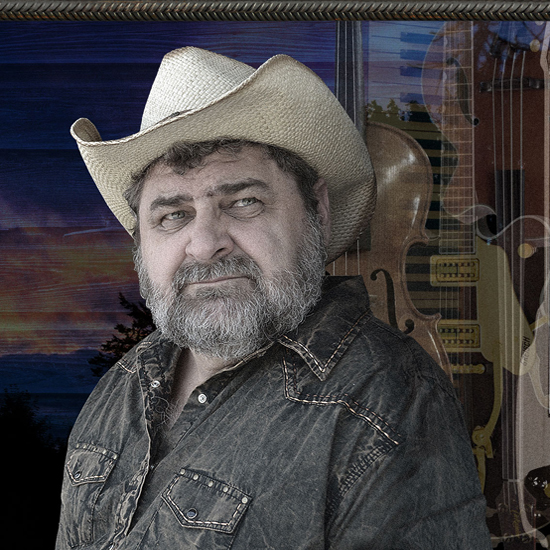 Saint and Sinner Records, is proud to announce that Dennis Ledbetter has received the prestigious “Pure Country Male” award from the Academy of Western Artists for 2019. He has also been nominated for two “Jose” awards, Artist of the Year Traditional Country and Song of the Year for the opposite walls. Fans will hear a lot about the two sides of life and love in the twelve songs from his new recording, Opposite Walls. Ledbetter tells his stories in a whiskey-soaked, stone-cold country voice that almost anyone can relate to. Songs remind you of things your own friends have said and done. If you are honest, you will admit that some of them could have been written about you. Ledbetter’s album is kind of like a 40-minute therapy/sermon session in a vintage Honky Tonk, or sometimes on the back porch of the lake house.

For those who missed authentic country music, it’s here in spades, with wailing steel guitars, honky tonk piano, screeching violins, hard-edged electric guitars with a slightly warped edge, and all the other fixings. musicals needed for this country dinner menu of love stories that range from loneliness to lows and cheating songs to the thrill of new love and enduring genre satisfaction. If you miss the heart and soul of real country music in voices like George Jones, Merle Haggard, Johnny Paycheck and Hank, Jr., you’ll love Dennis Ledbetter.

Louisiana native and lifelong student of country music (the real thing), Dennis Ledbetter brings a fresh, yet achingly familiar voice to stage and radio. His classic instrumental arrangements and vocal style are reminiscent of 1970s and 80s country music, when the genre still had its hallmark and was damn proud of it, thank you very much. He spent years performing in Honky Tonks and Southern clubs, honing his craft and earning the tears and smiles that reflect in his authentic voice.

Country radio has been kind to Dennis Ledbetter’s music. All four singles released from the new album “Opposite Walls” have gone to No. 1 on the New Music Weekly charts. In total, Ledbetter has earned 13 No. 1 singles on independent radio charts. A new single, “Too Far From Home” will soon be released to radio. Good songs and stories, the ones that cross the lines of music to touch your heart with characters that feel as real as the friends and family you interact with every day are not effectively represented in shallow ditties. and bro-country with a five-note interval vocal. The kind of country songs that Ledbetter writes and sings about are the ones that can be a little hard to get through without tearing up because they’re so incredibly sad and true to life. As a country singer and also a songwriter, Dennis opens a vein, and lets real life stories and emotions flow. The simple yet poignant lyrics, the unabashed singers, the stone-cold country voice and the steely glint of blue eyes peering from under the wide brim of a real cowboy hat. These things constantly and completely grab listeners through the heart and pull them into a song.

Friends and fans will be thrilled to hear Ledbetter’s new album, which was released September 2, 2019 on radio and available for purchase in all digital formats including CD Baby, Amazon, ITunes and Google Play. The tracks will be available on streaming and download sites Pandora, Spotify, Apple Music, Amazon Music, Deezer, Tidal and Napster.