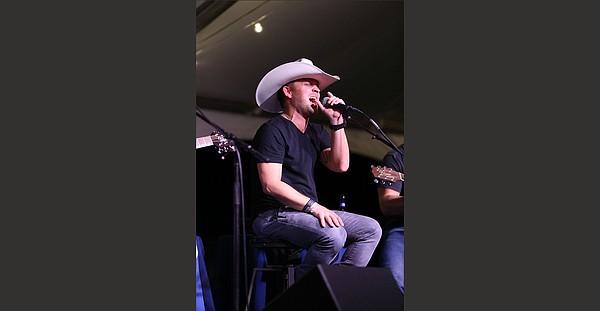 Multi-platinum country singer Justin Moore is used to having his songs on the radio. Now the Poyen native will be an on-air personality as he joins the morning car show on Little Rock radio station KABZ-FM, 103.7, “The Buzz”.

Moore will team up with longtime Buzz personalities David Bazzel, Roger Scott and RJ Hawk on December 30 for the debut of “Morning Mayhem”.

The singer, whose hits include “Small Town USA”, “The Ones That Didn’t Make It Back Home” and “Why We Drink”, arrives on board after longtime host Tommy Smith announced his retirement on December 14. “The Show With No Name,” which he directed for 17 years, will take place on December 29.

Moore will make his first appearance as co-host on a remote broadcast from Tampa, Fla., The site of the Arkansas Razorbacks’ 2022 Outback Bowl game with the Penn State Nittany Lions, according to a press release.

“Long before my success in country music, I was a die-hard all-sports fan of the Arkansas Razorback,” Moore said in the release. “Growing up in Arkansas you learn to love the Razorbacks very early on. No matter what part of the state you are from, you were born calling the Hogs. Now I have an outlet to talk about my team.

Justin Acri, managing director of the radio station, said Moore “is known the world over for his music, but most of all he is proud to be from Arkansas. He has an international fan following him on multiple platforms which we believe will help grow our audience and bring energy to morning radio.