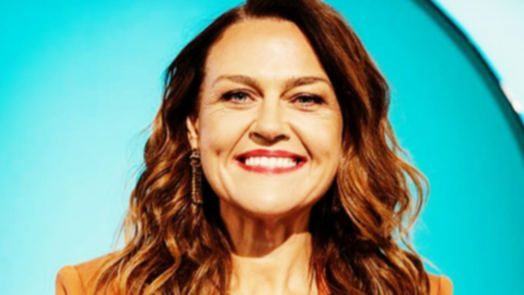 Swan shared the news live Thursday, days after confirming that she and co-hosts Sam Pang and Jonathan “Browny” Brown would wrap up their current Nova radio show.

WATCH VIDEO ABOVE: Chrissie, Sam and Browny announce the end of the radio show.

The former Big Brother star is set to host her own program called The Chrissie Swan Show, which will air nationwide on weekdays from 2-4 p.m. (AEST).

“It was a dream come true to be part of Nova’s breakfast show in Melbourne and connect with our listeners,” Swan said on Thursday.

“I’ve accomplished so much professionally and personally over the past seven years, and I’m thrilled to take this new opportunity to embrace new audiences across the country in this all-new timeslot.”

Swan, Pang and Brown’s announcement last week came as a shock to listeners and the media, given the show’s performance among its Melbourne demographic.

Nova said the reason for the change was that the three stars needed to “spread their wings and try new things”.

The show, which ranks number two in Melbourne, will end on December 2.

Last week, Swan said she was “so proud of what we’ve achieved…since we first met in 2015 – especially over the past few years as we’ve all kept each other afloat during the (COVID) pandemic”.

“I am thrilled to now put a bow on the absolute gift of the Chrissie, Sam and Browny experience and look forward to a new adventure with Nova.”

Jerry Lee Lewis has been wrongfully declared dead. Now he broke his silence