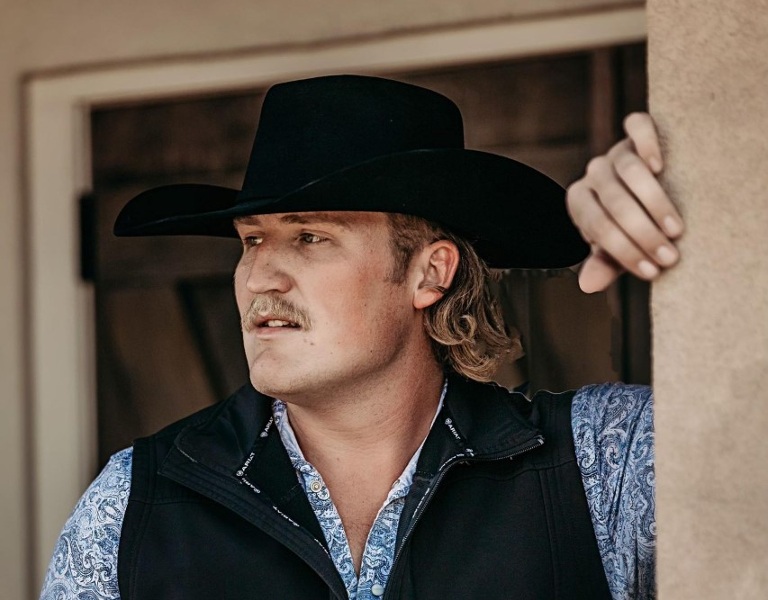 Country artist Texas Red Dirt is a title that Brody Caster has worked hard to earn. He chatted with Digital Journal’s Markos Papadatos about his latest projects.

Music is something he has been studying for years; first as a fan. And now he’s put in a lot of miles and continues to put in long hours rehearsing, so he can deliver quality songs and performances.

“I have a huge respect for country music in general…and of course I’m passionate about Red Dirt Country. For me, the sacrifice is worth it, because I really want to do justice to this particular genre.

Caster grew up in southeast Kansas, listening to country legends like George Strait and Alan Jackson. It was when he discovered the music of Red Dirt artists like Casey Donahew and Cody Johnson that he was inspired to play music for a living…AND be a member of the Texas Red Dirt Country Club.

Everything became crystal clear for Brody, when he sang at the Grand Ole Opry at age 17, with his National High School Honor Choir. He became determined to succeed in the music business. And so after college, Caster decided to move to the Lone Star State.

Soon after moving, he was playing open-mic nights and acoustic shows at many venues around Texas. One night after a performance in Decatur, a man named Monty Dawson, who happened to be the vice president of the Texas Country Music Association, walked up and introduced himself. The two had a great chat, kept in touch, and Dawson would soon introduce Brody to TCMA President Linda Wilson, who also enjoyed his music.

In November 2020, Caster reached his first career milestone in Texas, when he won the new artist scholarship at the Texas Country Music Awards. AND his single “Started with a Song” won the local music showdown on 95.9 The Ranch in Fort Worth and charted on the TRRR.

Brody’s career momentum only continued. Since last year, he has been releasing a single every month, taken from his forthcoming self-titled album “Brody Caster”. Its release is scheduled for March 4. He already has his tour schedule through Texas, Oklahoma and Kansas.

We managed to get the ambitious new artist to take a long enough break from his busy schedule for this interview. He gave us insight into what drives his career forward quickly.

Brody, what are the biggest challenges you face in this industry?

One of the biggest challenges I face as a freelance artist is funding. Many people don’t realize how expensive this industry can be. Major label artists have major label support. For us, the recording studio, the van, all the merchandise inventory, the PA system, the new equipment, the advertising budget, PR and much more all come out of my pocket.

We constantly have to find ways to think outside the box, get creative, and get the most out of our money on certain things when money is tight. I can’t tell you how many times I’ve spent over 60 hours a week on the day job and then put an extra 60-70 hours into music.

Another challenge is gaining the knowledge and experience necessary to navigate this industry. Let’s say you are supported by a talent development company or an artist management company. You will be surrounded by people with years of experience in this industry; and relationships that can really help grow your career.

For us, we are learning the good old way of trying by mistake. I made so many mistakes and spent a lot of money learning NOT to do things haha.

I think the best advice I’ve ever been given comes from Elvis Presley’s lead guitarist, James Burton. I had the privilege of playing a few gigs with him in Louisiana a few years ago. He said to treat every performance as if it were an audition for a record deal.

Every time you take the stage, whether it’s an acoustic set for 10 people or a sold-out concert for 2,000 people, you have to pretend there’s someone in that crowd who can offer you your big chance. You NEVER know who is watching.

What do you consider a great performance?

For me, a great performance is one that not only gets us on stage, but the audience as well. Energetic crowds sing you every word of your song, screaming for an encore, then when the show is over…and you’re at the sales booth, everyone tells you how much your songs meant to them or how it’s helping them get through a certain period of their life… It’s a great performance.

How easy or difficult is it to start a group and maintain it?

It’s very difficult. It is extremely difficult to find a group of talented and dedicated musicians who appreciate your style and believe in you as an artist. It’s even harder to find a band that has strong chemistry and gets along well enough to tour together.

Do you have a favorite song to sing?

One of our favorite songs to play live is the new single “Vernon’s Roadhouse”. It’s such an energetic, rock and raw track. People really get into this song.

What does success in this profession mean to you?

For me, succeeding in this profession would mean that I earn 100% of my living through music. I don’t care if I sell a million records or tour stadiums. You give me more than 125 concerts a year, and put 500 to 2000 people at each concert, and each one of them knows every word of my songs, it’s a success. I just want a piece of land where I can raise cows and children, and I would like the music to pay for that.

Tell us about the new album.

This is my first self-titled album. It is the culmination of the last years of my life. It’s literally me in a song band. We’ve done our best to release a record that not only tells you who “Brody Caster” is, but has something for everyone’s musical palette.

There are upbeat, in-your-face honky-tonk tunes like “Cowboy Killer” and “Neon Neighbors.” Then you have the love song/fat radio sounds of “Once I Meet Her” and “Go Down Swinging” that will just make you want to roll down the windows and drive.

Of course, one of my favorites “Vernon’s Roadhouse” gives a little insight into the rough and rowdy road that we musicians take in pursuing this dream. We have songs like “Wrong Town Wrong Time” that have a little rock vibe and really bring that Texas/Red Dirt sound to life.

And last but not least, there’s “I Found a Box” which is a patriotic country ballad that tells a cool story about a Vietnam veteran. I want people to be able to listen to this record and be like, “Wow, I don’t know who this Brody is, but it’s a refreshing sound. Good to hear country music again.

For more on Brody Caster, visit his official site.