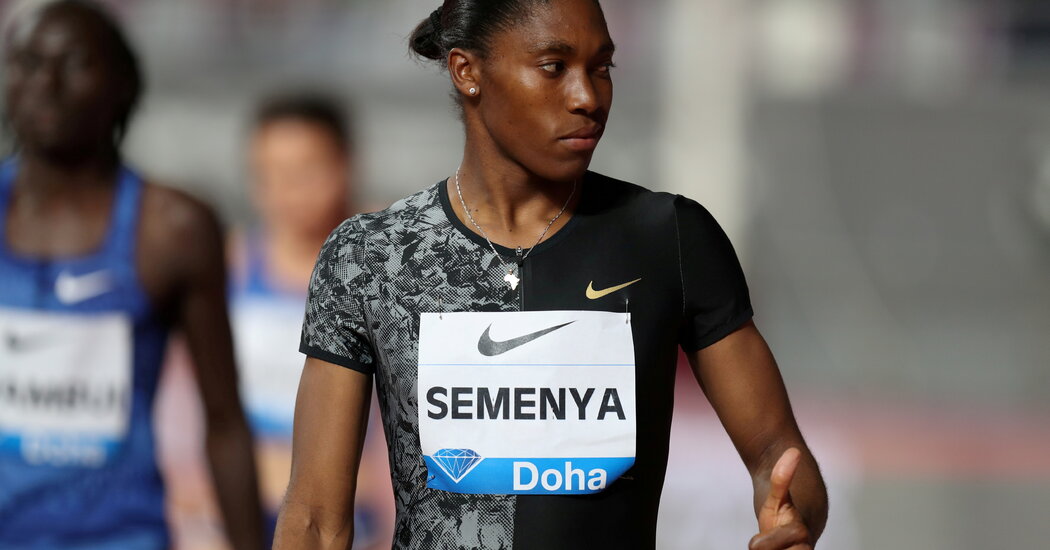 This personal reflection is part of a series entitled Turning points, in which the writers explore what this year’s critical moments could mean for the year ahead. You can find out more by visiting the Turning Points serial sheet.

Turning: The 2020 Tokyo Olympics, delayed by the coronavirus pandemic until 2021, has opened up important conversations about the pressures athletes face.

My dream was to defend my titles at the Tokyo Olympics in 2020. I won gold in the women’s 800 meters in 2012 and 2016. I wanted to compete in the Olympics again and get one step closer to my goal of becoming the greatest 800 meter runner of all time. But I couldn’t run in Tokyo. I’m furious, sad and disappointed to have been denied this opportunity by a 2018 World Athletics decision, based on a 2017 report that was retracted right after the Tokyo Games.

The 2018 ruling didn’t name me specifically, but I’m the target. He said naturally born women with higher testosterone levels have an unfair competitive advantage over other female athletes. To be allowed to compete, I would have to take testosterone-lowering drugs. The news of the decision shocked me. More than that, I felt outraged. As a woman, I have to be in control of my body. Why should I take hormone-altering substances just to be competitive in my chosen profession?

As the pinnacle of sporting achievement, the Olympics pushed athletes to their physical and mental limits – often at enormous personal cost. The world expects athletes to make sacrifices to win gold. There is such immense pressure that some may look for ways to gain an unfair advantage over the competition. I did not succumb to this pressure. I know who I am and I’m not afraid to speak out about injustice, not just for myself, but so that other athletes don’t have to go through what happened to me.

Shortly after the Tokyo Games, the British Journal of Sports Medicine released a correction to the 2017 study that persuaded World Athletics to ban me from competing. He said the findings on the effects high testosterone levels in female athletes had on their performance levels were “exploratory” and “could have been misleading by involving causal inference”. If the flaws in the study had been admitted before the Olympics, I might have been allowed to participate.

When I learned of the correction, my first words to my lawyers were, “I told you so.

The courts are where I have to fight my battles now. Some of my lawyers have offered their services for free, but this has drained my resources and I will need support to continue the fight.

My first challenge to World Athletics’ decision came in June 2018, when I filed an appeal with the Court of Arbitration for Sport, known as CAS, based in Lausanne, Switzerland. The following April, the CAS delivered its judgement: I lost.

I then took my case to the Swiss Supreme Court, which has the power to overrule CAS decisions. In September 2020, the court declined to change the decision; this ruled only that the CAS decision did not violate fundamental and widely recognized Swiss principles of public order.

My lawyers said we had one more card up our sleeve: challenge the Swiss decision before the European Court of Human Rights. There, the South African Human Rights Commission will support my position as a concerned party. They argue that “no adaptation, negation or self-denial is necessary”. This means that the rules requiring me to take hormones to lower my natural testosterone levels and alter my natural state are an attack on my human dignity. If we win in the European Court of Human Rights, it will further weaken the World Athletics case. I’m encouraged to think that I’m finally going to get a proper hearing. My lawyers say the case will likely be heard in Strasbourg, France in 2022.

Despite the absence of Tokyo, my head is held high. I am a black South African. I was lucky to be born with a special talent. But without ambition, perseverance and self-confidence, you won’t get anywhere. The many setbacks I have experienced have made me stronger; setbacks are part of what it takes to be a great athlete. I also had to endure insults and humiliations from a world that very publicly questioned my identity. I know how to maintain dignity and hope in the face of oppression. My goal now is to win my case. For me, as a woman, as a human being fighting against a cruel injustice, victory would be sweet, as sweet as any I have won on the track.