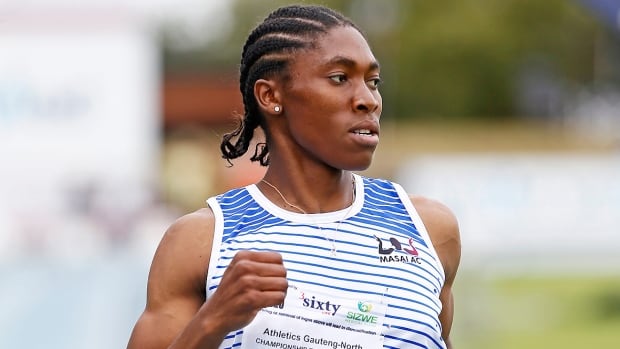 The Swiss Supreme Court says its judges dismissed Semenya’s appeal against a Court of Arbitration for Sport ruling last year that upheld rules drafted by the track’s governing body regarding runners with developmental differences sexual.

The 71-page decision means Semenya cannot defend her Olympic 800 meter title at the Tokyo Games next year – or compete in any top-level competition over distances ranging from 400 meters to the mile – unless that she agrees to reduce her testosterone levels through medication or surgery.

The 29-year-old South African has repeatedly said she will not do this and reiterated her position in a statement through her lawyers on Tuesday.

“I am very disappointed with this decision, but refuse to let World Athletics drug me or stop me from being who I am,” Semenya said. “Excluding female athletes or putting our health at risk solely because of our natural abilities puts World Athletics on the wrong side of history.”

The Swiss Federal Tribunal said Semenya’s appeal “essentially alleges a violation of the prohibition of discrimination.”

I will continue to fight for the human rights of female athletes, both on and off the track, until we can run free as we were born.— Caster Semenya, Olympic 800-meter champion, reacting to Tuesday’s decision

In a May 2019 verdict, the three sports court judges said in a 2-1 decision that the discrimination against Semenya was “necessary, reasonable and proportionate” to maintain fairness in women’s track. Testosterone is a hormone that builds muscle tone and bone mass, and is a doping product if injected or ingested.

The panel of five federal judges said it was limited to considering “whether the CAS decision violates fundamental and widely recognized principles of public order. It does not.”

Nor was Semenya’s “guarantee of human dignity” compromised by the CAS decision, the judges ruled.

Reacting to the verdict, Semenya said: “I will continue to fight for the human rights of female athletes, both on and off the track, until we can all run free as we were born. I know what which is right and I will do everything I can to protect basic human rights, for young girls everywhere.”

Although the exact details of Semenya’s condition have never been released since winning the first of her three world titles in 2009 as a teenager, she has testosterone levels higher than the typical female range. . The Swiss court statement on Tuesday referred to runners with “the genetic variant ’46 XY DSD'”.

World Athletics argued that this gave her and other female athletes like her with DSD conditions and high natural testosterone an unfair advantage.

WATCH | Why Caster Semenya did not participate in the 2019 World Championships:

Why is Caster Semenya not present at the athletics world championships?

In another chapter of Semenya’s battle against the IAAF, the defending 800 meters champion will miss the chance to defend her title at the 2019 World Championships in Athletics. 1:53

The rules Semenya appealed against require him to lower his testosterone to a level specified by the international athletics body for at least six months before competition. Athletes have three options for doing so: taking oral contraceptives, receiving testosterone-blocking injections, or undergoing surgery.

Semenya took birth control pills for about five years until the world athletics body, then known as the IAAF, had to suspend its previous rules on hyperandrogenism after a CAS appeal by the sprinter Dutee Chand from India.

Testifying at her five-day CAS hearing in February 2019, Semenya said taking the drug had adverse side effects, including making her injury-prone.

Tuesday’s federal judgment came more than a year after the 2012 and 2016 Olympic champion lost a previous decision by the same court.

That July 2019 verdict overturned a temporary ruling that had allowed Semenya to briefly compete in the 800 meters at international events — winning a high-profile race in Palo Alto, Calif. — without taking testosterone-suppressing drugs.

It is unclear what Semenya will choose to do next. She could compete in the 100m or 200m or longer distances than the mile, but she never had the success in those events that she had over two laps.

However, she had already changed her formation this year to 200, hinting that she was set to lose in court.

Greg Nott, Semenya’s longtime lawyer in South Africa, said his international team of lawyers were “considering the judgment and options for challenging the findings in European and national courts”.

Any appeal to the European Court of Human Rights would probably not receive a judgment before the opening of the Tokyo Olympics next July.

Tuesday’s ruling also came at a financial cost to Semenya and the South African Athletics Federation, which joined his appeal. Each was ordered to pay 7,000 Swiss francs ($7,600 US) in court and 8,000 Swiss francs ($8,700) for World Athletics’ legal costs.