Caster Semenya, barred from the 800 meters, in search of an Olympic place as a sprinter 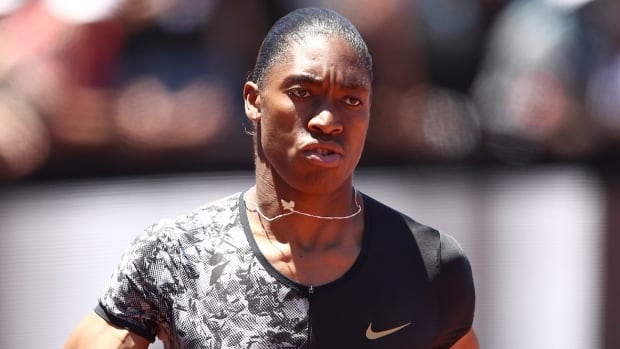 Caster Semenya is looking for another Olympic race.

Forbidden from participating in her favorite race and defending her title, the Olympic 800-meter champion still tries to qualify for the Tokyo Games – moving up to the 200.

Semenya announced her decision on her Instagram on Friday, saying her desire to “compete at the highest level in sport” had prompted her to attempt to qualify for the Olympics in a race unknown to her.

“It was not an easy decision but, as always, I look forward to the challenge and will work hard, doing my best to qualify for Tokyo and compete to the best of my ability for South Africa.” , she said.

Under the World Athletics Body’s much criticized regulations on testosterone, Semenya and other female athletes with high levels of natural testosterone are excluded from 400-meter to one-mile races in high-level competitions like the Olympics and World Championships, unless they are undergoing treatment to lower their hormone levels. levels for six months before running.

Semenya refused to do so, calling the rules and the required medical intervention unfair and unethical. Athletes have three options for lowering their testosterone levels: birth control pills, hormone-blocking injections, or surgery.

But the rules don’t apply to the 200 and it gives Semenya a chance to compete in her third Olympics, even if it’s not in the race she wants to compete in.

It won’t be easy.

Semenya rarely raced the 200, and only in lower level events. She didn’t compete at all over the distance between 2016 and early 2019, and she is nowhere near the pace of the best women in the world.

The 29-year-old South African must improve her personal best by almost two seconds just to qualify for the Tokyo Olympics. Her best time is 24.26 seconds, in South Africa in February 2019. The Olympic qualifying standard for the women’s 200m is 22.80 seconds. Semenya’s PB would not have pulled him out of the heats at the 2016 Olympics in Rio de Janeiro.

But at least Semenya now has a goal after being in limbo for almost a year after unsuccessfully appealing World Athletics’ testosterone settlement to the Court of Arbitration for Sport last May.

This left Semenya a choice: undergo medical treatment to lower his testosterone or stay away from 800 meters. Provocative, she chose to stay away and has not run 800 meters since her victory at the Préfontaine Classic last June, her 31st consecutive victory in two laps. She couldn’t defend her title at the world championships last year.

Semenya’s decision to try the 200 may indicate that she has given up on her second legal challenge against the regulations. This second appeal is still being examined by the Swiss Federal Court and a decision should be rendered in the coming weeks. She lost her first CAS call last year by a 2-1 majority of the panel of judges.

A favorable ruling from the Swiss Supreme Court could still overturn the testosterone rules and allow Semenya to compete again in the 800 without hormone treatment, but his chances of winning the appeal are considered slim.

World Athletics’ new testosterone rules apply to female athletes like Semenya with conditions known as Sexual Developmental Differences (DSD). Semenya was born with the typical male XY chromosome pattern, but also female traits. She was legally identified as a female at birth and has been identified as a female her entire life, but World Athletics says she is “biologically male” – a claim she angrily rejected.

According to World Athletics, higher testosterone levels give women like Semenya an unfair athletic advantage.

Semenya’s story has been one of the most controversial in the sport since arriving as an unknown teenager and winning gold at the 2009 world championships amid a storm of gender testing.

She won two Olympic titles and three world titles over 800 meters and is the reigning Olympic champion, but is now banned from running twice in her career. The first time she was sidelined from World Athletics, then known as the IAAF, was in 2009 following the gender controversy at the world championships.

Semenya has hinted she could move up to the 200 when she won a rarely run 300-meter race and broke the South Africa record last month, her first any-distance race in eight months.

After this victory, she said: “I am here to stay. Athletics, you will always see my face.