Caster Semenya and others were banned from the Olympics. Now World Athletics says there was a mistake 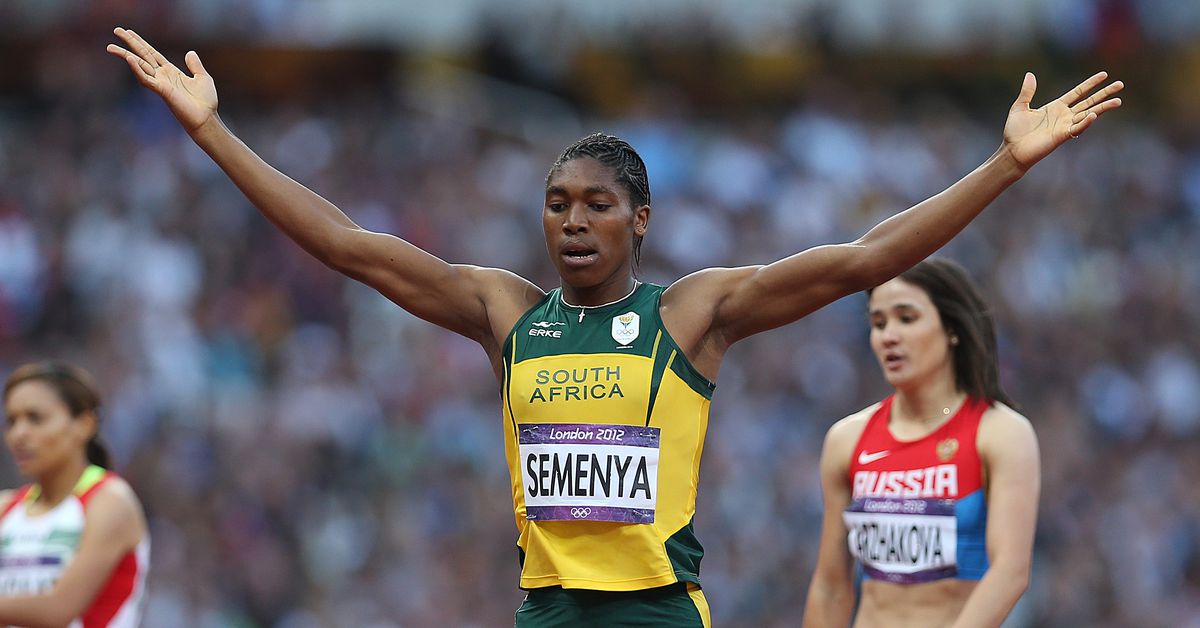 World athletics is under fire from critics after issuing a correction to the findings that initially led the International Athletics Organization (and therefore the Olympics) to ban Caster Semenya and other athletes with higher levels of natural testosterone in certain women’s events.

Now Semenya wants answers, and the Olympic champion deserves them.

In 2017, World Athletics published results that found women with higher natural testosterone levels had clear, seemingly “unfair” advantages over other women when competing in certain events: oh, for example, l he very 800-meter event that Semenya had won at the previous Olympics.

The organization then created a policy prohibiting Semenya, as well as various other women, from participating in these events on the international stage. All of this led Outsports to name World Athletics our 2019 Asshole of the Year.

This left Semenya trying to qualify for the Olympics at other distances, but she didn’t. Some, like the Namibian Christine Mboma, who was banned from the 400 meters, were able to do so. In Mboma’s case, this resulted in an Olympic silver medal in the 200 meters in Tokyo.

Yet World Athletics is now making very different statements about the 2017 findings that led to these bans. From Roger Pielke, a professor who writes on science and politics:

“The organization has chosen to base its 2018 regulations on a set of scientific claims”, Pielke wrote in a long, revealing blog post. “He now admits that these claims were false and potentially misleading.”

“To be explicit, there is no confirmatory evidence of causation in the observed relationships reported. We recognize that our 2017 study was exploratory.

They added, “With that in mind, we recognize that the statements in the document could have been misleading by implying causal inference.

“Specifically,” female athletes with a high fT [testosterone] the levels have a significant competitive advantage over those with low ft over 400m, 400m hurdles, 800m, hammer throw and pole vault.

“This statement should be amended to read:” High fT levels in female athletes were associated with higher athletic performance than those with low fT over 400m, 400m hurdles, 800m, hammer throw and vault. the perch. “

Granted, World Athletics is not now saying that there is no causation or correlation. They are indeed calling for more studies on the subject.

What they are also saying now is not just about semantics, it is a major editorial change that they now admit was previously incorrect, leading to the athlete ban.

And if we now need more studies on the subject, it means that they don’t have enough information and that no athlete should be banned.

There are two extremely troubling parts to this revelation.

Number one, if you’re going to ban an entire class of women from competing, you better have a proverbial “smoker” to do it. Many people have never seen this evidence provided by World Athletics, and the group has been under fire for years for it.

Yet in the minds of some, their claim of a “significant competitive advantage” has given World Athletics cover to take the steps they have taken. Now, to change that language to observe “superior athletic performance” is, as has been said, a significant editorial change that should leave everyone’s mind in doubt.

Second, releasing this report a week after the close of the Tokyo Summer Olympics is particularly infuriating. This appears to reflect a World Athletics goal of withholding information until after the Games to continue to exclude certain athletes from Tokyo. They didn’t want Semenya to compete in Tokyo, and it certainly looks like they withheld key evidence to prevent him from doing so.

Beyond all of this, the whole question of natural testosterone regulation represents a deeply troubling slippery slope.

World Athletics says high fT levels create an unfair advantage and need to be mitigated. This policy has been disproportionately applied to African runners, leading to seemingly founded accusations of racism.

What if they went even further? What if they determined that the breed itself is an advantage?

If World Athletics decides that too many blacks are winning on the track, can they claim there is an association “with higher athletic performance” and separate the events based on race?

The way Semenya, Mboma and others like Francine Nyonsaba from Burundi were treated was cruel and discriminatory from the start.

As the next chapter in this saga unfolds, everyone should question the validity of World Athletics’ conclusions and the actions that flow from them. And until we have more answers, all of these women should be able to compete in any race they choose.