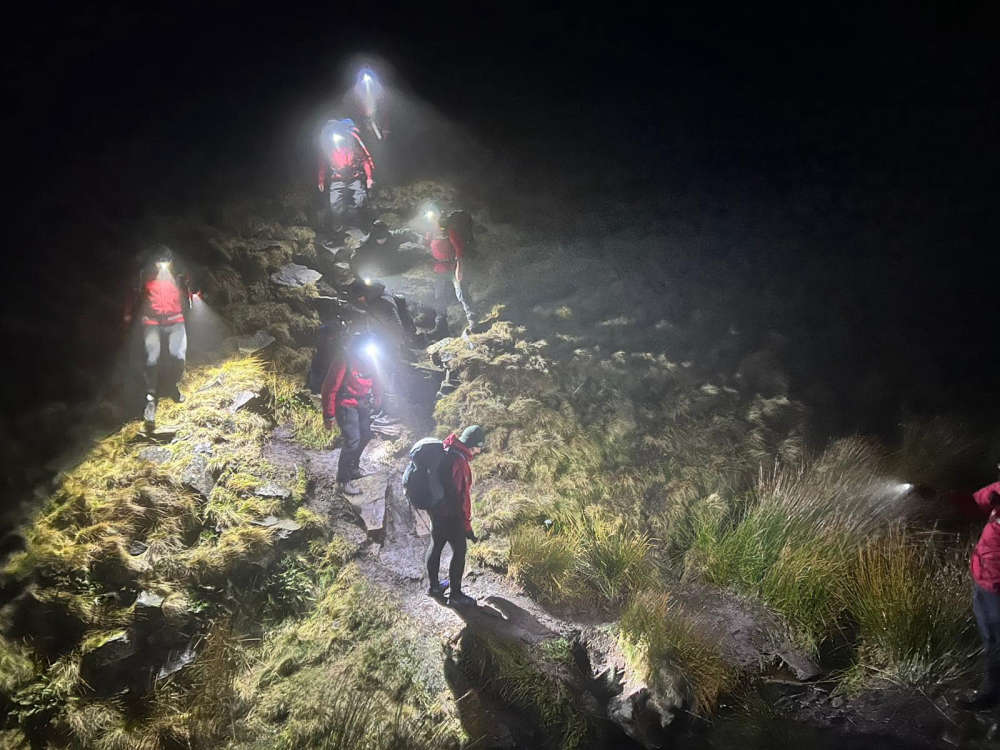 Members of the Glossop Mountain Rescue Team search for a family who became lost after visiting the B-29 crash site on Saturday.

We have compiled the latest incidents for which our local mountain rescue teams have been called.

The family needed to be rescued

The Glossop Mountain Rescue Team came to the aid of a family of four who became lost after visiting the B-29 crash site on Saturday.

Through the use of the phone, they were located and team members called at 5:30 p.m. were able to escort them to Snake Summit where their vehicle was parked.

The volunteers returned to base to continue a night exercise scheduled for the evening.

Walker lost in the mist

A walker had to be rescued after getting lost on Bleaklow in foggy and windy conditions on Friday.

As night approached, the walker who had taken the long path from Snake Woodlands to Alport Castles and Bleaklow called for help and was told to stay in their location.

They were met and then guided by members of the Glossop Mountain Rescue Team, then driven to their car to return home.

It was a rescue with a difference for members of the Woodhead and Edale Mountain rescue teams who were called to a multi-agency incident in Sheffield on Friday night.

A teenager had fallen down a steep embankment and a rope rescue was needed.

Crews joined firefighters and medical professionals to provide care to the injured youngster, then carried them back to the top of the bank on a stretcher and to the waiting ambulance.