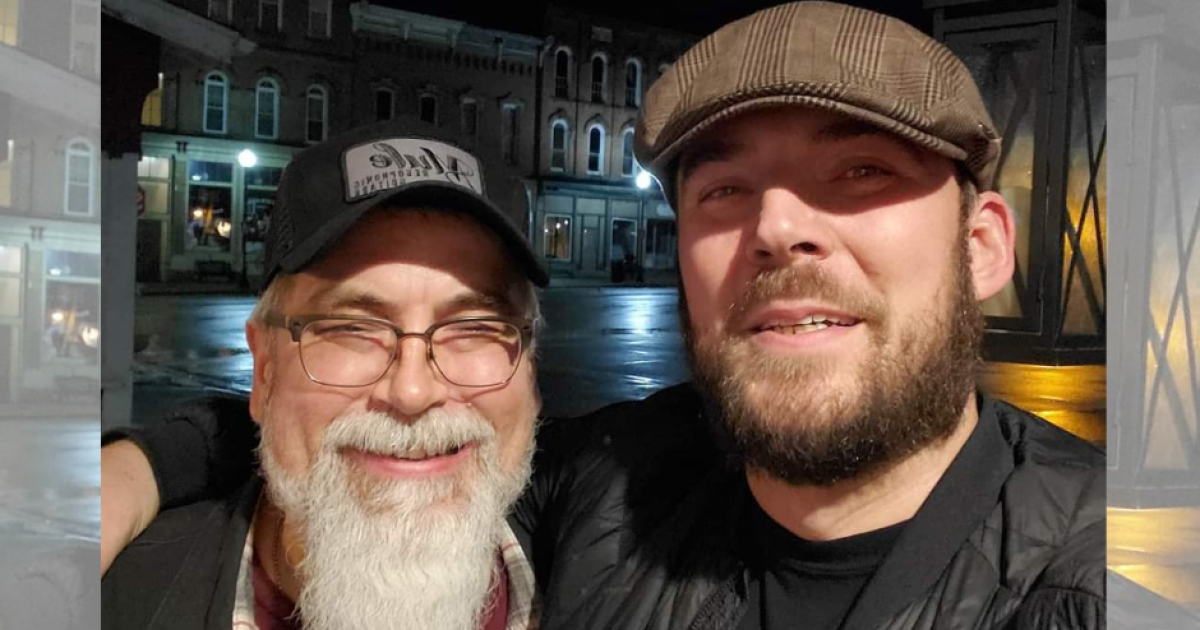 Wish you could just go to a concert, listen to your favorite local bands and relax on a Saturday night? There’s a new weekly radio show, coming off the airwaves of Beaver Island, that just might meet your Michigan music needs during this time of social distancing. In the middle of Lake Michigan, between the lower and upper peninsulas, a new low-watt radio broadcast called Songs of the Path broadcasts on WVBI 100.1 FM. And it’s all about Michigan-centric music.

The musicians Steve Girbach and Jackson Smith are co-hosts of the new program. Girbach, who lives in Manchester and also owns a home on Beaver Island, is normally deep in the live music world. He runs his own gym in Manchester and is part of the technical team at The Ark in Ann Arbor. But since the COVID-19 crisis put a halt to in-person events, Girbach says he’s been missing out on live concerts.

Then he started talking music with his neighbor from Beaver Island, who happened to be Smith. The two devised a plan that would bring Michigan-centric music to listeners who missed live performances as much as they did. Smith and Girbach presented a radio show focused on Michigan music at WVBI, a small Beaver Island radio station. A few weeks later, Girbach and Smith found themselves co-hosts of Songs of the Path.

[Get Stateside on your phone: subscribe on Apple Podcasts or Google Podcasts today.]

Girbach says “connected music in Michigan” can mean a lot of different things, for the purposes of the program. If a song’s artist, writer, producer, subject, or backstory has a Michigan connection, it’s game for the show.

“There’s so much music that most people will never hear. So we really wanted to bring attention to the Michigan scene. And then, you know, in conjunction with that, obviously the island, because we both love the island,” Girbach said. “And I think we live in the coolest, funkiest state in the union – and that kinda sheds some light on that as well.”

Smith is a touring musician and often plays gigs with his mother, musician Patti Smith. This means that in his normally busy schedule he doesn’t have much time to discover new music. But with concerts still mostly suspended, and Songs of the Path playlists to put together, he says he’s been listening to a lot of new music from Michigan.

“I’ve spent most of my life in the Detroit area, and I have to say the [music] the scene there can wrap itself in a sort of bubble,” Smith said. “So when we started doing this show and I started, you know, myself, looking for music to put on, I find all these artists from Michigan with these big followers. I think to myself, how have I not heard of these people? »

Girbach says pandemic-related live event cancellations have had a ripple effect across the music industry, both in Michigan and nationally.

It’s unclear when concert halls will begin to return to pre-pandemic style gigs. Smith thinks smaller venues will likely start opening first, but it may be a while before bands that typically play to the kind of large crowds they feel are familiar with. But if all goes well, he expects the end of 2021 and beyond to be much busier.

“You know, Steve and I talked about it. When festivals are really able to go on, you know, something resembling the pre-COVID era, I think it’s going to be wild,” he said. “People are going to be eager to do these things again. So, you know, when it’s ready and it’s safe, the floodgates will open.

Songs of the Path airs Saturdays at 7 p.m. Beaver Island residents can tune in to WVBI 100.1 FM to listen to the broadcast. But if you’re not local, don’t worry – you can tune in from anywhere in the world (Girbach and Smith say they have fans as far away as Australia and Brazil) on the site WVBI website.

For more, listen to the full conversation above.

Support for arts and culture coverage comes in part from the Michigan Council for Arts and Cultural Affairs.

This message was written by Nell Ovitt, production assistant in the United States.

Want to support reports like this? Consider donating to Michigan Radio today.