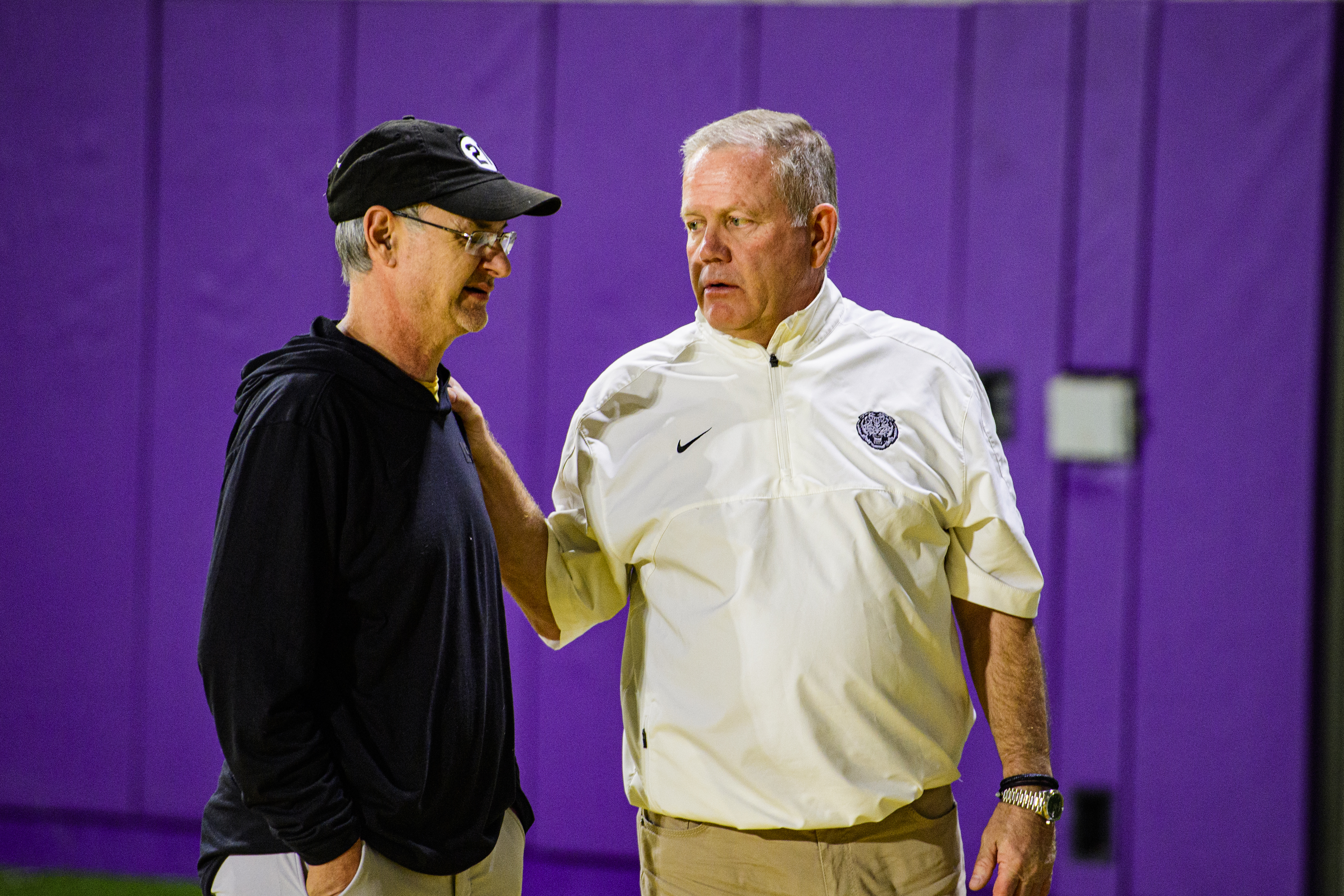 LSU freshman football coach Brian Kelly’s weekly radio show is scheduled for Thursday nights from 7-8 p.m. this season. The show, which aired on Wednesdays, will remain at TJ Ribs on South Acadiana Thruway when it debuts August 25.

Chris Blair, the voice of the Tigers, will host the show airing on the LSU Sports Radio Network. The broadcast can be heard in the Baton Rouge area on Eagle 98.1 FM, the flagship LSU football station.

Fans are invited to listen to the broadcast at www.LSUsports.net/live, the LSU Sports mobile app and other LSU Sports Radio Network affiliates.

A new feature for The Brian Kelly Show will be an interview with a former player conducted by the LSU head coach. Other segments include a look back at a previous opponent and a preview of the opponent of the week.

Questions from listeners and spectators will be taken through the LSU Sports mobile app. Fans can tweet @LSURadio to submit a question to Coach Kelly.

The Brian Kelly Show will run for 13 consecutive weeks, including Open Dates Week. There will be no show on Thanksgiving Day.