Angela Yee quits ‘Breakfast Club’ for her own radio show 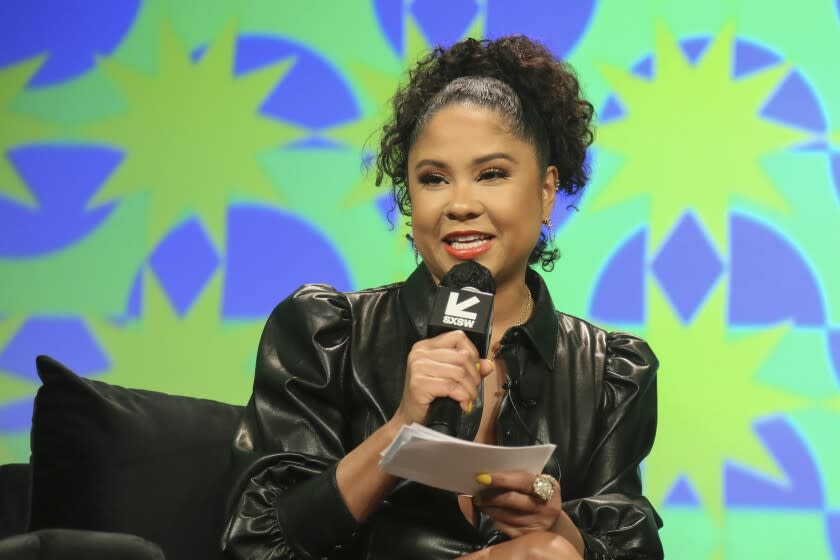 ‘The Breakfast Club’ mainstay Angela Yee is quitting the syndicated morning show she co-hosts with Charlamagne Tha God and DJ Envy to launch her own midday radio show.

The news comes on the heels of Yee’s tuesday cryptic tweet claiming that “the breakfast club as you know it is officially over” and after hinting in the spring that she was working on a new gig.

“I will be leaving ‘The Breakfast Club,'” Yee said Wednesday morning on the show, adding that she would have to wait for the official press release to be released before sharing more details. “It will be a different iteration of ‘The Breakfast Club’, but I will have my own daily show. It’s really exciting, honestly I can’t believe this is happening.”

iHeartMedia’s announcement came shortly after, and said Yee will host “Way Up With Angela Yee,” a weekday show aired by iHeartMedia subsidiary Premiere Networks. The program will debut in the fall on at least 30 IHeartMedia stations, including “The Breakfast Club” Power 105.1 home station WWPR-FM in New York City.

Yee’s afternoon show will feature the Brooklyn broadcast veteran “in a fast-paced, interactive show as she connects directly with listeners on all kinds of hot and timely topics. in which she has earned trust over her decades on the air,” iHeartMedia said, including relationships, hip-hop and R&B, hot topics and general knowledge, both in and outside of the music industry.

“Way Up” will also include celebrity interviews and special guests.

“I am overwhelmed with gratitude and excitement to have this once-in-a-lifetime opportunity to create an all-new show,” Yee said in the iHeartMedia statement. “I appreciate everyone who helped make this happen at iHeartMedia, and most importantly, the listeners who are like family to me.”

She added: “It’s a bittersweet feeling to leave an iconic show like ‘The Breakfast Club,’ which we’ve built from the ground up for 12 years, but we’ll always be an extension of each other. I work hard and dedicate myself to making our new program exciting, thoughtful, challenging, and most importantly, a safe haven for even more of us to grow and learn while having fun. I’m ready for this new chapter! “

The announcement didn’t say when Yee’s last day on “The Breakfast Club” would be, but in another Tweetershe told a fan that she would be on the show “for at least a month”.

“Angela Yee is a powerhouse! She is a highly entertaining, intelligent and witty businesswoman, entrepreneur, philanthropist and talent who will go down as one of the greatest of her generation. We are thrilled to having her lead this new show,” Thea Mitchem, Executive Vice President of Programming at iHeartMedia, added, “Angela has the pulse of entertainment and culture, and I can’t wait to see her bring its positive outlook and even more quality content to its dedicated listeners in new and influential ways.”

“The Breakfast Club” debuted on Power 105.1 in 2010 where it airs live in over 90 markets nationwide, including Chicago, Philadelphia, Miami and Palm Springs, as well as on Revolt TV and via streaming . It also airs weekdays and weekends on more than 100 stations and has 8 million monthly listeners, according to Forbes. The show, which features segments from Yee, Rumor Report, Ask Yee and Front Page News, was inducted into the Radio Hall of Fame in 2020.

That same year, Yee co-host Charlamagne Tha God — also the host of Comedy Central’s “Hell of a Week” — signed a five-year contract with IHeartMedia to continue hosting the show and was also appointed chief creative officer of the company. of culture content and programming, according to Root. The deal also launched the Black Effect Podcast Network, a podcaster platform for black audiences.

Yee’s popular “Lip Service” podcast, in which she and her friends discuss intimacy, sex and relationships with hip-hop and R&B stars, will also soon be available through the IHeartPodcast network, IHeartMedia said.

This story originally appeared in the Los Angeles Times.