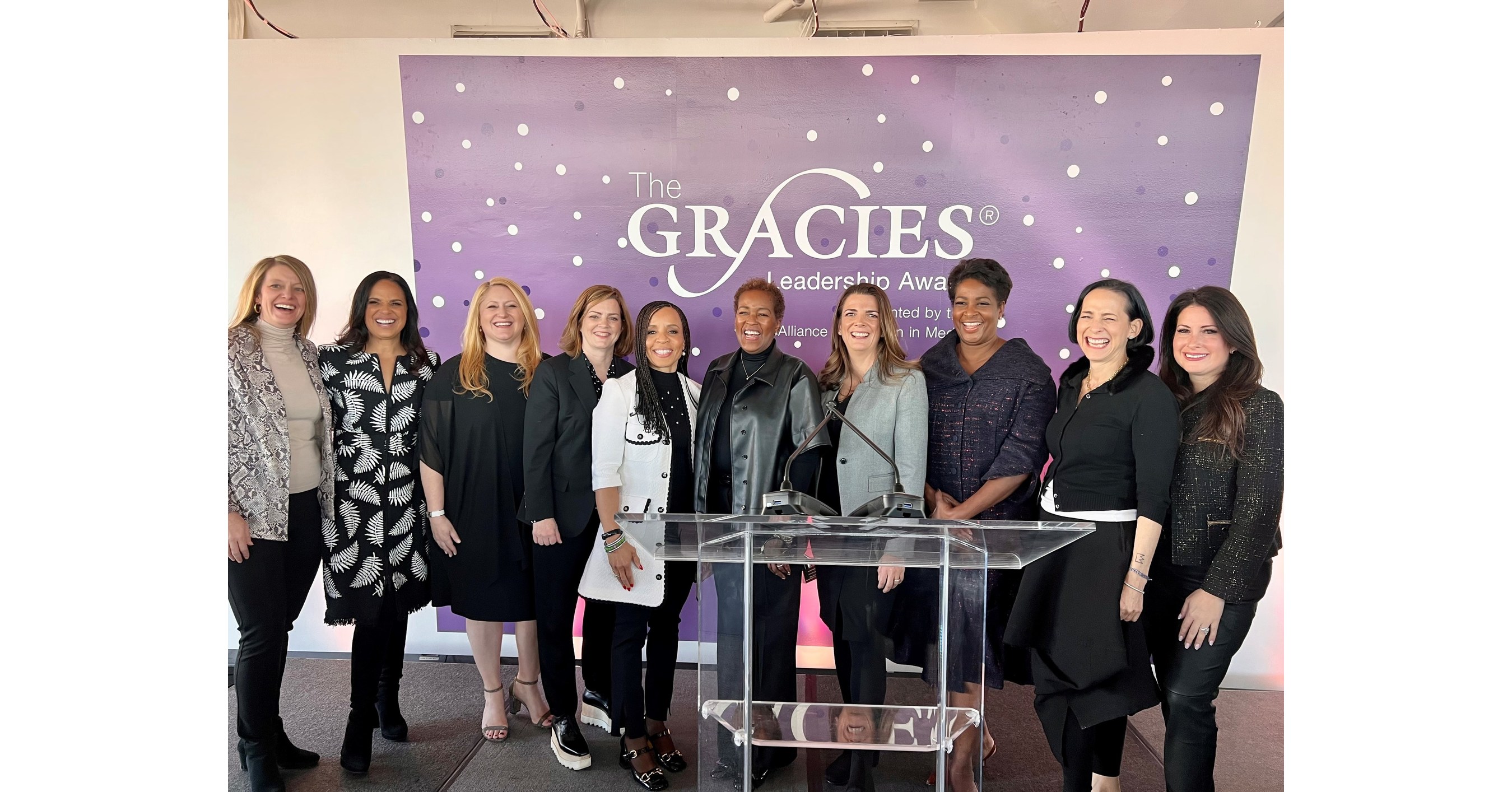 NEW YORK, November 15, 2022 /PRNewswire/ — The Alliance for Women in Media (AWM) organized the Gracies Leadership Award lunch, back for the first time in person after three years, monday november 14 at the Tribeca 360° in New York City. Keynote speaker Soledad O’Brien inspired the audience and referred to the winners in the room as representing “stories not just of courage, vision and opportunity, but of women helping women and celebrating women and the story of how these women haven’t forgotten that they entered the media to elevate people, issues and struggles that weren’t in the spotlight.” She continued, “When I look around me in this room, I know we’re in good hands. So let’s reach out to each other and make change happen, let’s support each other. others.

Seven women media leaders were honored at the event, along with AWM Legacy Leadership recipient, Valerie Blackburn. Speech highlights include:

“It’s an exciting day to open this celebration of women who have risen to the top. They are inspiring and show how women continue to make an impact in executive suites and boardrooms,” said Becky BrooksPresident, AWM/F.

“This is a pivotal event for us because it covers our three pillars – it’s recognition, it’s education and it’s connection,” added Heather Cohen, President of the Alliance Foundation for Women in the Media. “We shine a spotlight on exceptional women in media – those who have broken glass ceilings and proven leadership and remarkable today, what an honor to have Soledad O’Brienone of the greatest storytellers of our time as our keynote.”

Photos and videos of the event are available here.

About the Alliance for Women in Media (AWM): The Alliance for Women in Media connects, recognizes and inspires women in the media industry. AWM is a diverse community – whether media type, job or global location – that facilitates industry-wide collaboration, education and innovation. Founded in 1951 as American Women in Radio & Television (AWRT), AWM is the oldest professional association dedicated to the advancement of women in media and entertainment. AWM harnesses the promise, passion and power of women in all forms of media to foster career development, engage in thought leadership and drive positive change for our industry and societal progress.

SOURCE Alliance for Women in Media