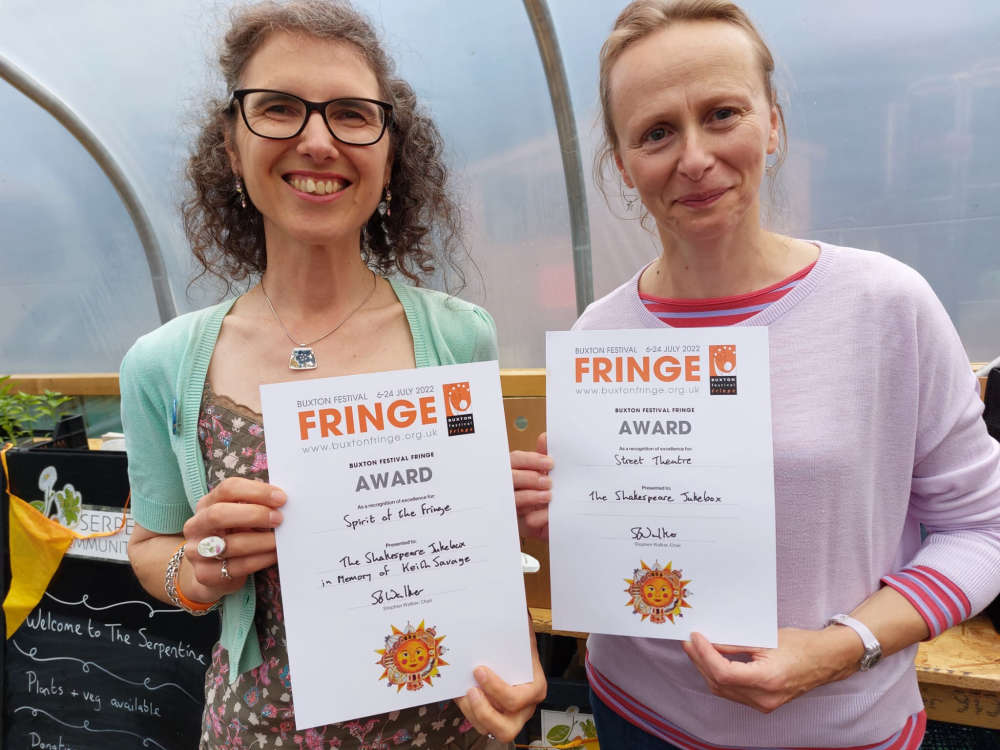 The Shakespeare Jukebox received Spirit of the Fringe and Street Theater awards.

Talented artists and performers who entertained audiences at the Buxton Festival Fringe were honored at an awards ceremony.

President Stephen Walker, speaking at the event held in a cozy polytunnel at the Serpentine Community Garden on Sunday July 24, thanked everyone who helped out with the event, including committee members, venues , Fringe Desk staff, Friends of the Fringe and High Peak Borough Council.

He paid a moving tribute to former Vice President Viv Marriott and former President Keith Savage, both of whom sadly passed away last year.

Youth Theater awards for Nottingham-based Shadow Syndicate were dedicated to Viv this year while Spirit of the Fringe, awarded at Buxton’s Shakespeare Jukebox, was presented as a tribute to Keith.

Peak District poet Mark Gwynne Jones won the Spoken Word Prize and the Buxton Museum was honored twice as the Derbyshire Open won the visual arts event and Sarah Keast won the award for artist for his exhibition Tipping Points.

See https://buxtonfringe.org.uk/awards2022.html for the full list of awards and nominations.

Footage of the ceremony can be viewed at: https://www.youtube.com/watch?v=RDkGUxsRXxI&feature=youtu.be